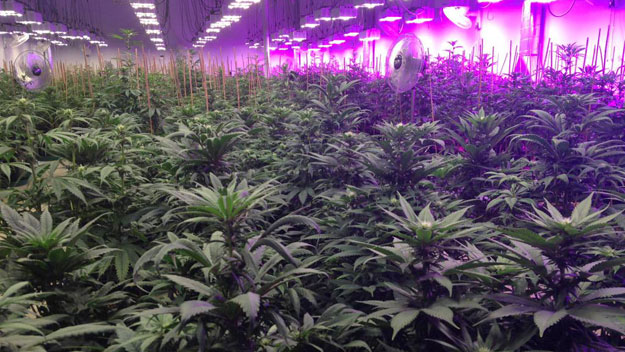 In the absence of more federally funded research, pernicious myths about cannabis will continue to hold sway

Marijuana is one of those “hot button” issues — like abortion and immigration – that leave supporters and opponents so intensely divided that no middle ground seems possible. Currently, the federal government classifies marijuana as a “Schedule 1” substance.  It’s a crime – indeed, a felony – to possess and distribute the drug, even in relatively small amounts.  And half the states in the country still have harsh “pot” laws on the books.

But some 23 states including the District of Columbia have all but legalized the drug.  And several have begun allowing consumers to purchase “medical” marijuana in “dispensaries,” ostensibly to treat chronic pain from diseases like cancer.

So is marijuana dangerous or not?

Well, it depends. For many adults, puffing on a joint may be no different than having a regular drink or two.  Most pot smokers, according to federal statistics, are light-to-moderate users.  Except among strict teetotalers and religious purists, there isn’t a terribly strong argument against adults choosing to smoke a little “grass.”

But when it comes to marijuana use by school-age youth, all agreement ends. Daily pot smoking by primary and secondary school students has been growing steadily, according to the authoritative Monitoring the Future study, an annual survey of teen lifestyle habits.  Even as tobacco use has declined sharply among youth– with noticeable reductions in alcohol use, too — pot use has not.

The statistics are alarming. According to the Partnership for a Drug-free America, teen pot use has increased 80% since 2008. And the marijuana the kids are smoking – sometimes in the form of hash – is far more potent — and potentially addictive — than it used to be.

Just as anti-smoking advocates credit their well-funded and highly publicized cessation campaigns with reducing youth tobacco use dramatically, anti-drug advocates blame the marijuana legalization movement for legitimizing pot as a purely “recreational” drug, giving impressionable youth the green light to fire up at will.

Others dispute that idea. A study of marijuana smoking in Colorado found that teen use had actually declined slightly since legalization.  But critics say that result is misleading:  Even before legalization, Colorado’s long-standing tolerance for marijuana use had made the opinion climate there unusually favorable to teen pot smoking.  Even now, the state’s use rate among teens is among the highest in the nation.

What few researchers now dispute is that heavy marijuana use by teens – especially the increasingly powerful marijuana now available compared to 20 years ago – has potentially harmful effects on their long-term mental and emotional health. Many conservatives and leading anti-drug advocates have gone further, suggesting that early marijuana use may be a “gateway” to cocaine and heroin addiction, a proposition that other researchers, as well as the marijuana lobby, fiercely dispute.

There’s no question, though, that cocaine and heroin addicts tend to abuse other drugs, including marijuana; they generally smoked marijuana when they were younger, too.   But most marijuana users don’t end up as hard-core drug users, though they may be far more likely to drink alcohol.  And adding alcohol can greatly increase the “high” from marijuana, making pot use considerably more debilitating, especially for youth.

The pro-marijuana lobby seems largely unfazed by these findings, in part because its chief constituency is middle-aged marijuana smokers whose use of the drug has also increased substantially in the past two decades.  Many started smoking marijuana as part of the 1960s counter-culture — and never really stopped.  Now they want to be able to light up in peace, and to spread the word that marijuana contains a sacred source of natural medicine that could help cure major illnesses like Alzheimer’s and provide relief to pain sufferers resistant to more conventional treatments.

But like the “gateway” hypothesis, there’s as much myth as fact in these claims. Chronic pain sufferers have to smoke relatively large amounts of marijuana to derive much sustained relief, and there may be side effects, including nausea, vomiting, and rashes.  The healing claims for glaucoma also appear to be exaggerated.  Some worry that one-time drug abstainers might get “hooked” on marijuana much as prescription drug users sometimes become addicted to opioids.

Critics say those are scare tactics.

In the final analysis there simply isn’t enough federally-funded research being done on marijuana, despite calls from major universities for more funding for studies.  Last August, the Obama administration relaxed some of the current restrictions to allow researchers to grow and test large marijuana samples and eventually to weigh their hypotheses with live subjects.

Until then, the thick cloud of smoke and confusion that surrounds the marijuana debate will likely remain, even as public acceptance of pot among voters continues to grow.