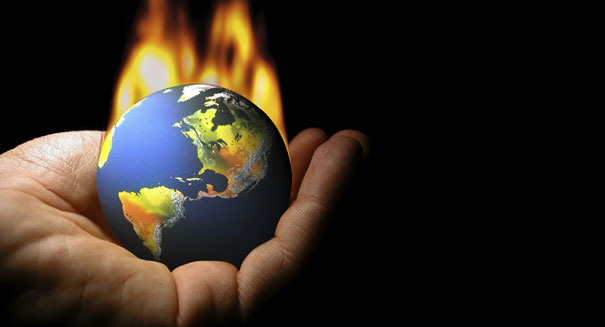 Our views on climate change may shift as it begins to influence our daily lives instead of some remote part of the world.

We have been talking about climate change and the impact it will make on our lives for about as long as I can remember, but something I read this week finally struck a chord with me.

A blurb in the recent issue of Time magazine mentioned the findings from a new study that looked at the effect of climate change on the diets of British citizens, saying the warming temperatures could cause long-time food staples to be threatened, not only in England, but other spots around the glove as well.

But the one that sent a chill down my spine was the segment on coffee.  The article claims the area around the equator, where coffee is grown, is one of the areas in the world most sensitive to climate change, and the warming could lead to an increase in pests and plant diseases that would attack the coffee beans, and also increase the possibility of droughts, leading to a decrease in coffee production.

I read that as coffee was about to get a lot more expensive and possibly harder to find, and that struck home to me.  I must have my morning coffee to get the day going, so now I feel threatened by climate change.

Sure, I read a lot about melting Arctic ice and rising sea levels, but I didn’t live in the Arctic or on the coastlines, and while it was certainly concerning to me, it was sort of like one of those out of sight, out of mind situations.  I really didn’t want to think about it.

Now, the subject is gaining in importance as it could possibly change my morning routine, and I am going to pay a little closer attention to the headlines.  Of course, you have to sort out the real climate news from the “fake” climate news, and temper it all with a little wisdom.

Those who argue either side of the climate issue tend to sensationalize their own studies that find for one opinion or the other, and hype their particular position based in their agenda, but the truth is the climate is changing, and the actual news is somewhere between the environmentalists and the deniers.

All the predictions about massive flooding, extreme weather and food shortages are projected to be 50-100 years in the future, giving those making the predictions that cushion of time, should their predictions fall short, as well as not being around to face the embarrassment if they don’t come true.  And almost all of them are preceded by the subjective “could” allowing for some leeway as well.

But still, whether it is naturally occurring or man-made, the data clearly shows the planet is warming, and at least some of the predictions will likely hold up, if maybe to a lesser degree.

My point is we can ignore the melting Arctic ice, since we don’t live near enough to be impacted by it, and we can sympathize with those living on coastlines that depend on fishing for a living, since we get our fish from a market, but that doesn’t mean is isn’t real and won’t eventually cause disruptions in our own lives.

Maybe the trend will reverse itself in a decade or so, and things will return to what we consider normal, but I would suggest normal is defined as the way we have had it for the last few thousand years, and may not exactly be normal for planet Earth.

Or maybe it won’t and life as we now know it will be severely changed.  Either way, if there is something we can do, as inhabitants of Earth, to lessen our contribution to climate change, we should be doing it now, before it is too late to make a significant impact.

I probably won’t be drinking my morning coffee in 50 years, but my grandchildren and their friends will.  I owe them the opportunity to enjoy that experience, and If I can help make that happen, it is my duty to do so.