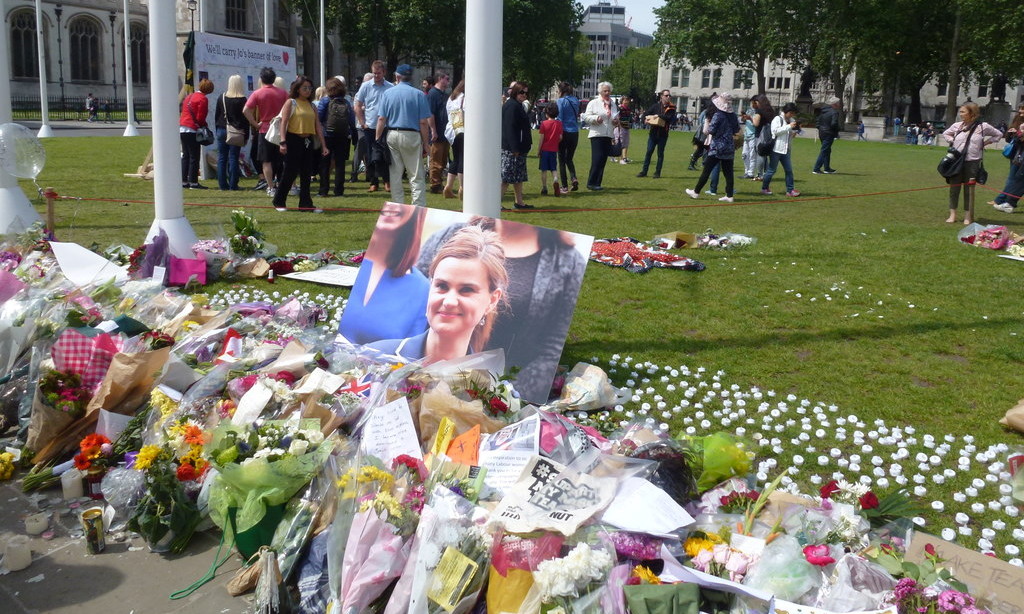 Far-right extremism poses no less threat to security than other fundamentalisms.

Last week, the UK banned far-right movement National Action under its Terrorism Act 2000, effectively classifying it as a terrorist organization. It is the first such case in the country, one that could pave the way for other investigations of extremist groups.

To a cosmopolitan reader, the question naturally arises: should some U.S. states do the same? The new “wave of terror” may have dominated Europe’s headlines in the last two years, but killing sprees like Anders Breivik’s and Dylann Roof’s have shown that a deranged mind can as easily be galvanised by right-wing racist speech as much as Islamic fundamentalist propaganda. And let’s not forget about Jo Cox’s murder in Britain itself.

Smoke rises from the government quarters after the 2011 bombing in Oslo (Ph: Johannes Grødem)

European readers are often baffled at how extreme right-wing groups in the U.S. have no need to coat their atavist racist beliefs with definitions more acceptable to mainstream political discourse. Instead, Swastikas are unabashedly shown, as well as other hate symbols.

Take a look at the Southern Poverty Law Center’s hate map and you’ll see what I mean: google the name of any of the organizations listed – and I’m not just talking about the neo-Nazis, but black and Jewish supremacists as well – and the results that come up are, mildly put, unsettling. Once the full picture is given, it’s hard to hope that these groups should pose less of a threat to individual citizens’ safety than ISIS or al-Qaeda. Of course, the common label of “terrorists” covers wildly different motivations and modus operandi. Robert Pape, in his Dying to Win, describes terrorism as a violent act used as political leverage against a state. In this sense, it’s hard to think that neo-Nazi and White Supremacist groups would target the State as is. Nevertheless, we can perfectly picture them targeting communities. This is exactly what happened in Charleston. 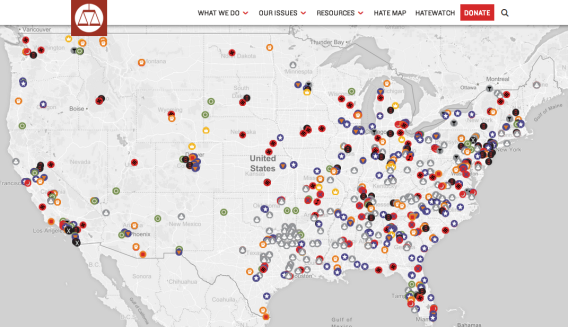 Pragmatically speaking, the lesser coverage given to such groups also has to do with logistics on the part of authorities: as the French and British intelligence have more than once admitted, their manpower is already stretched for monitoring Islamic fundamentalist threats, and they simply don’t have enough resources to also keep an eye on right-wing organizations.

Nevertheless, the authorities’ agenda is at least partly influenced by public opinion. In media – of all leanings – Islamist terror incidents are regularly framed as coordinated, carefully planned attacks on part of an “enemy within” the West, embedded in an alleged web of support that involves entire communities. Shootings like the one in Charleston, in the other hand, are merely described as the “meltdown” of minds that are fundamentally deranged to begin with, and which represent a statistical anomaly among the “normal” population.

Of course, the two elements often intersect: there is no doubt that Dylann Roof is a psychopath, and that most of the terrorists responsible for recent Islamist attacks were perfectly capable of understanding (with a few notable exceptions: see the July 2016 Nice attacker). But this is not reason enough to consider hateful ideologies as a “collaterals” in the first case, and as the main motivator in the second. In fact, Roof’s sentencing just last Friday found him guilty of hate charges as well.

If we refuse to see hate speech as a motivator, rather than just a trigger, we are implying that it’s futile to try and prevent violence of racist, far-right nature: an insane White Supremacist will commit a shooting anyways, because of his mental condition, while a “rational” one (if there is such a thing) will still refrain from doing anything of the like, despite his beliefs. Surely that’s not the case.

The fact that the most efficient terrorist groups right now are of Islamic matrix is an historical contingency. It does not follow that only radical Islam should be institutionalized as an enemy, while right-wing militants are left with the far softer label of “political deviants” – or worse, mere “hard-liners”. Both categories – along with many others – pose a threat to civil society, and that’s all we need to know.

Britain’s decision is perhaps a realization of this. But there is little reason to rejoice. If anything, it shows that the threats are already there, lurking among us, and it takes years for the State to recognize them.