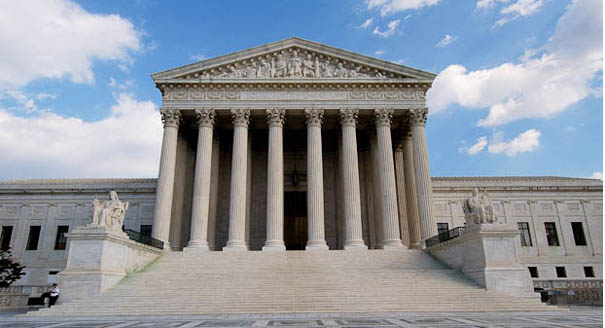 Appointments to the Court by President Trump could be shaping American policy for decades to come.

There is a lot of wailing and gnashing of teeth about the Supreme Court and who Trump will nominate to replace Justice Antonin Scalia, who passed away back in February of this year, as well as the possibility of other appointments that may arise over the next four years.

President Obama nominated Judge Merrick Garland, considered by many to be a moderate, but Republicans in control of the Senate refused to consider the appointment, saying Obama was a lame-duck President and the people should decide in the November election who should make the appointment.

Since it is now very unlikely any action will be taken on filling the vacancy between now and the inauguration, it appears the next Supreme Court Justice will be one of Trump’s nominees.

Liberals have cried foul all summer, and perhaps rightfully so.  But that is the way partisan politics work, and I imagine the Democrats would have done the exact same thing if the roles were reversed.

Lost in all this rhetoric is the role of the Court and its members.  Both parties wish to circumvent the legislative process and use the judicial branch to foster ideological programs, many times unpopular with the general public, instead of trying to enact legislation through Congress where it would have little chance of passing.

That leads us to where we are today.  Sitting presidents try to appoint Supreme Court Judges that will support the ideology of their own party, and since the appointments are lifetime, one president can have an impact on the decisions made by the Court for decades to come.

President-elect Trump could possibly be in a position to nominate several justices over the next four or eight years, depending on his re-election should he choose to run again.  The same would be true had Hillary Clinton won the election, and while it was certainly talked about a great deal during the campaigns, particularly on the right, I doubt many average American voters considered that as a top priority when making their choice.

It was probably the most important issue in the campaign, given the power the Court wields in US policy making.  Consider for a moment that should Trump serve as President for eight years, and the Republicans maintain their Senate majority, the justices appointed by Trump could still be in office well into the 2040’s.

Of course, the Democrats could re-take the Senate as early as 2018, after the mid-term elections, but it seems unlikely, with 25 Democratic senators up for re-election, and 10 of them in states that Trump won in the 2016 election.  Only eight Republicans are up for re-election, with all but one in solid red states.

So, unless there is a monumental crash and burn by President Trump, which is not totally implausible, the conservatives will likely maintain an advantage in the Senate, and in turn, in highest court in the land for years to come.

Almost every liberal conversation involving the Court revolves around overturning Roe v. Wade, as if that was the only decision of any importance to the Progressives.  After all this time, it would seem that reversing that decision is highly unlikely, even with a stacked Court.

The Democrats and Progressives have a lot more to worry about for the next 20-plus years.