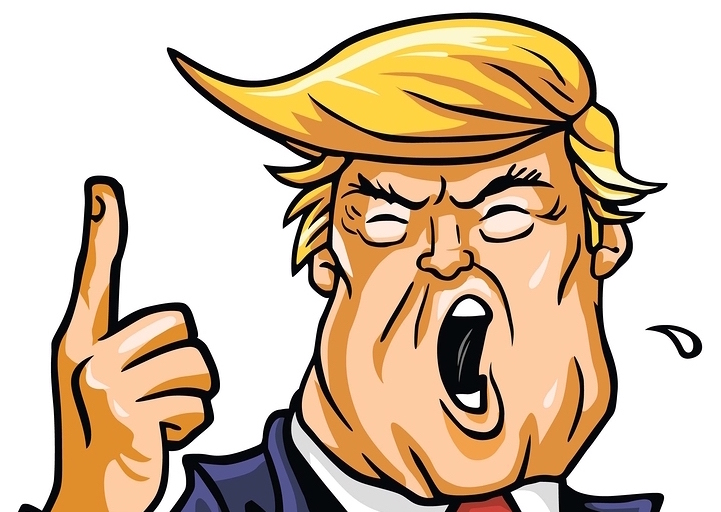 Trump's victory turns the clock back at least 60 years for Americans and the world alike. And after decades of flourishing culture, civil rights, and progress, the American dream, as we knew it, is over.

I have to admit it. When Trump first announced his candidacy, I laughed. It was impossible to believe that a man who behaved like a buffoon would sit in the Oval Office. We elected one in Italy, back in the days of Silvio Berlusconi, to run our Government, but I assumed America, to which we so often looked up at, would know better.

It was inconceivable to think that the country that elected the first black President in its history would suddenly choose a man who made of racism one of his campaign banners. That the same nation that proudly said, “Yes, we can,” would now call all Mexicans rapists and drug dealers.

There was no way that the country where the suffragette movement was born, would want to see a man who disrespects and objectifies women’s body ruling the nation. A nation where women had won so many battles for their rights, and from where those rights have reached us, to the other side of the Atlantic, and made our women stronger and more empowered too: a country like this, I thought, would never stomp over these women’s granddaughters’ rights.

A country built by immigrants would not turn its back on its history, and cannot desire to have a man who wants to introduce racial profiling against those who want to enter the country.

Not even in my wildest dreams – or nightmares- I considered plausible that the nation where Martin Luther King had a dream would have President who enabled, enhanced and encouraged white supremacists. And that a country that made prided itself for its freedoms would tolerate a candidate, even less a President, who targetted indiscriminately all Muslims, also those who lost their lives for America, just because of their faith.

How could a country which looked down to Russia and its lack of basic human rights for LGTBQ vote for a bigot who threatened years of progress in the fields of civil liberties? A man who cannot wait to shake the hand of Vladimir Putin, whose Government silences any opposition, any dissent, with violence and intimidation?

That’s what I thought and boy, was I wrong.

There will be time for dissecting the vote, for trying to sanitize what happened like an expression of discontent, maybe even a protest vote, like the Brexit vote, but for the moment, what is clear is that today the world is a less safe place than it was before.

Not only because America has a President who incited violence, divisions, racisms, homophobia, misogynism, white supremacy and bullying. That would be more than enough to make the world a more dangerous place, but it is not the end of it.

The civil society will change forever. When such a level of violence and disrespect is unleashed so much that the man who embodied it raises to the White House, there is a long road to go back to a civil conversation. Surely, those sentiments that Trump so well seemed to have represented existed before him, but they were kept in check by the social norms. Trump has reverted these norms, removed any facade of political correctness, and more importantly, showed that respect means little to nothing. That those who shout the louder and disrespect the most win. And this is something that will not go away soon.
The American dream, the land of endless possibilities for whoever wanted to try and improve their lives is gone. The American dream of continuously improved the society, enhance the civil rights, support the human rights, is over.