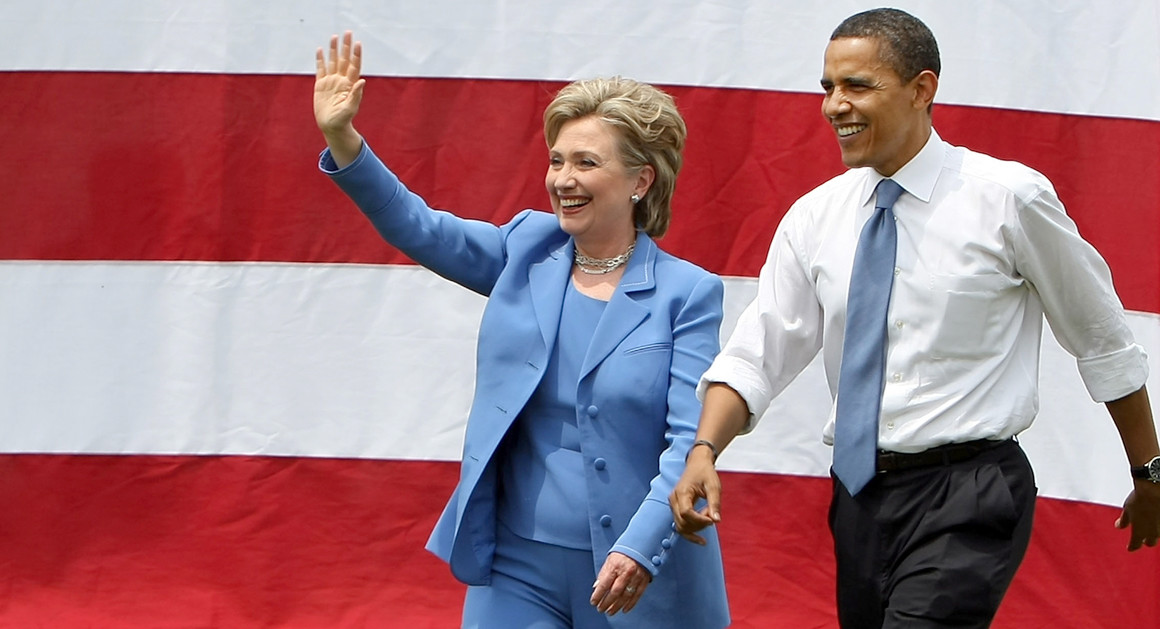 Despite a huge money and infrastructure advantage, the fawning support of the mainstream media, and a popular incumbent, the former First Lady is barely holding her own.

The truth is finally out about Hillary Clinton’s standing with African-American and Hispanic voters.  She’s vastly under-performing with both groups.  Despite her campaign’s effort to stigmatize Donald Trump as a racist xenophobe, neither Blacks nor Latinos feel sufficiently drawn to Clinton — or afraid of Trump — to show up at the polls in the numbers that Clinton needs to win.

Not that Clinton’s only struggling with minority voters.  She’s not.  She’s also polling extremely poorly with millennials and in recent weeks has seen her one-time double-digit lead among women voters shrivel, too.  Forget about the latest post-debate polls:  If the election were held today, Clinton would still likely lose.

The problem?  The zeal and optimism that Barack Obama inspired in 2008 is nowhere to be found.  Clinton is widely viewed as dishonest and trustworthy, even by many Democrats, and a third of Bernie Sanders voters say they won’t vote for her.  Over 10% say they plan to vote for Trump.

Only the perceived danger of a Trump presidency seems to have allowed Clinton to remain ensconced as the Democratic standard-bearer.  Party elites still back her to the hilt, despite her devastating email scandal, just as they did during the primaries, but her support among the base is exceedingly soft – and increasingly listless

It’s not that Hispanic and African-Americans are flocking to Trump, of course; but they are simply not energized by Clinton.  She’s pinned her fortunes on Obama, who failed over and over to pass immigration reform as promised and who left obscene Black youth and young adult unemployment rates virtually intact.  It’s just not much of a “legacy” to brag about

Pundits have made much of the fact that Trump’s polling with Hispanics in the low to high twenties.  But Clinton is barely in the low 60s.  Some Hispanics are gravitating toward Gary Johnson while others remain undecided.  By contrast Obama won 71% of the Hispanic vote in 2012 – and as much as 80% in key Latino swing states.  It’s doubtful that Clinton will get anywhere near there.

Hispanic leaders are highly critical of Clinton’s failure to do more Spanish-speaking outreach. Obama, by contrast, built his entire 2008 campaign around the old Mexican-American farm worker slogan, “Si Se Puede” (“Yes We Can”).  Apparently, Clinton’s been hoping that the mere presence on the ticket of Tim Kaine, who made history in 2013 by delivering a speech to the U.S. Senate entirely in Spanish, would be enough to rally Hispanics.  But the impression she’s leaving – as with African-Americans – is that she thinks they have nowhere else to go.

In fact, they do:  They can simply stay home.

One tell-tale sign of Clinton’s weak messaging with Hispanics?  In a recent poll, over 40% said they did not believe that Trump would actually try to deport illegal immigrants.  That shift suggests that Trump’s more nuanced messaging on immigration is having some real impact.  And many Latinos have taken note that Trump, not Clinton, visited Mexico and looked and sounded like a diplomat while he was there.

Clinton is also seeing support and enthusiasm among Black voters sagging.  In Florida, recent polls show Clinton with just 85% of the Black vote, with Trump at 5%.  Politico reports that her campaign is in “panic mode.”   And in other states like Ohio and New Jersey, Trump is getting 15% of the Black vote, and in the most recent LA Times poll, a whopping 17% overall.  These are the highest numbers for a GOP presidential candidate in decades.

Right now, Clinton seems most concerned about Trump’s surprising ability to close the gap with women, which is the main reason he’s made the race so competitive in recent weeks.  Clinton’s answer?  Go back to stigmatizing Trump for his past statements on women – a strategy that seemed to work earlier in the race.   Lately, she’s been highlighting Trump’s remarks and behavior toward a Latina beauty queen, suggesting that he’s a “fat-shaming misogynist.”  Trump’s just found another former beauty queen to try to rebut these attacks.

Clinton’s attacks don’t have much to do with Trump’s actual professional record with women – which is rather exemplary, in fact — or with what he’s currently advocating for women policy-wise.  Clinton hopes women voters will simply focus on Trump’s “character.”  But there’s a growing disconnect between Clinton’s attempts to generate mass hysteria about Trump and the actual Trump that voters are still getting to know.   Maybe this disingenuous strategy would work if Clinton weren’t so vulnerable to character attacks herself.

Nate Silver, who once predicted that Trump would win, now gives Clinton a 63% chance But remember:  that’s based on polling – not on likely turn-out ratios, which still favor Trump.  Which means Clinton could well lose unless she can convince base voters — African-Americans and Hispanics especially —  to show up at the polls.   She better hurry.  She’s been lucky to get 200 supporters to hear her speak at campaign rallies. Trump’s still drawing thousands, and by all appearances, they’re not just window-shopping anymore.