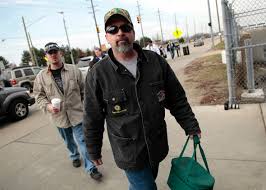 Clinton's branding of Trump supporters as "deplorables" has helped fuel his latest surge.

It was an offhand, even cavalier, remark — but it’s proven extremely costly to Clinton’s presidential campaign.

At a speech in Ohio, she suggested that half of Donald Trump’s political supporters belong in a “basket of deplorables” – “racists, sexists, homophobes, xenophobes, and Islamophobes,” she said.

It’s a depiction that many liberal Democrats — and members of the mainstream media — share.  But if you’re a candidate struggling to attract white working class voters, as Clinton is, the remark is beyond inflammatory — it’s downright elitist.

And it can kill you at the polls.

Compare Clinton’s standing before and after she made that remark and Trump counter-punched by accusing Clinton of “insulting hard-working Americans.”

Before September 10, Clinton was ahead nationally and in many of the leading swing state polls. Two weeks later, she’s barely neck-and neck with Trump nationally, while he’s up slightly in Ohio, Nevada, and Iowa.   Meanwhile, Trump’s just tied her in Pennsylvania — a state filled to the brim with those so-called “deplorables” — where she’d previously led by 8-10 points.

Clinton’s well aware of the damage she did.  On September 16, she publicly – and wisely – apologized.  But her remark fits a pattern of condescension toward working class voters — many of them Democrats, in fact — that she’s expressed from the beginning of her campaign.

Last spring, while stumping in West Virginia — an impoverished hard-scrabble state virtually synonymous with Appalachia —- she said that she wanted to put coal companies and the coal miners employed by them out of business.

It was nothing short of mind boggling.  She later tried to “clarify” her remarks but it was too late.  And she’s only compounded the damage with her latest ill-advised remarks.

There’s a real irony here.   Many Democrats consider themselves the party of the “working man.”  They love to stigmatize the Republicans as the party of “the rich.”  Looking back over American history, there’s some real merit to that view.

But with the decline of the industrial working class and the fading away of the trade union movement, Democrats have often lost touch with their humbler roots – and begun acting and sounding like just another corporate party.

Some — but not all — of the problem is optics. In 2004, Democratic presidential candidate John Kerry was photographed wind-surfing off the coast of Massachusetts.  His opponent, George W. Bush projected a smirking, drawling, good-old-boy image.

The impression of Kerry as an elitist “snob” and Bush as a down-home “populist” soon  took hold. When pollsters asked voters who they would rather sit down and drink a beer with, their answer was Bush.

Democrats are at their best when they play up their roots to a tradition of social struggle and don’t talk down to working people. That’s what Bill Clinton did in 1992.  Early on Republicans had stigmatized him as a dope-smoking, philandering, draft-dodging Rhodes scholar.

But Clinton’s campaign team cleverly repackaged him as the “Man from Hope,” a poor boy from the South who’d made it big.  Against Bush’s father — who was presiding over a faltering economy and lacked his son’s common touch – “Bubba” rolled to victory.

Democrats often show great agility at exploiting class resentment toward Republicans. In 2012, the Obama campaign went after Mitt Romney early and successfully depicted him as a “vulture capitalist” who preyed on the fortunes of others, and left businesses belly-up and their workers without jobs.

Romney, like Clinton, also hurt himself badly. An undercover journalist caught him talking to campaigns donors about the 47% of Americans who believed that the government owed them jobs and public benefits.  He never recovered.

But now Romney’s problem is Clinton’s, too. While her campaign has tried to play down her latest remarks, the narrative that she likes to cozy up to Wall Street banks has hurt her badly.  Her refusal to release the text of her speeches to those banks and her “pay to play” dealings with corporate and foreign donors to the Clinton Foundation has fueled the impression that she’s a lady of the leisure class now.

In some ways, Clinton is still suffering the effects of her primary battle with Bernie Sanders, who called for the party to return to its liberal roots.  Sanders has endorsed Clinton, but a third or more of his supporters have refused to follow suit, according to polls.  Some say they plan to vote for The Donald.

Does Hillary Clinton “care about people like you”? Democrats think that oft-posed polling question is a no-brainer.  But Americans don’t.  Go ask them.  Pollsters have, and it’s closer than you think.  It’s one reason why voters trust Trump more than Clinton to handle the economy.

Unless Clinton can reverse this impression — starting with tonight’s debate — and reclaim the populist mantle, she’s probably going to lose in November.