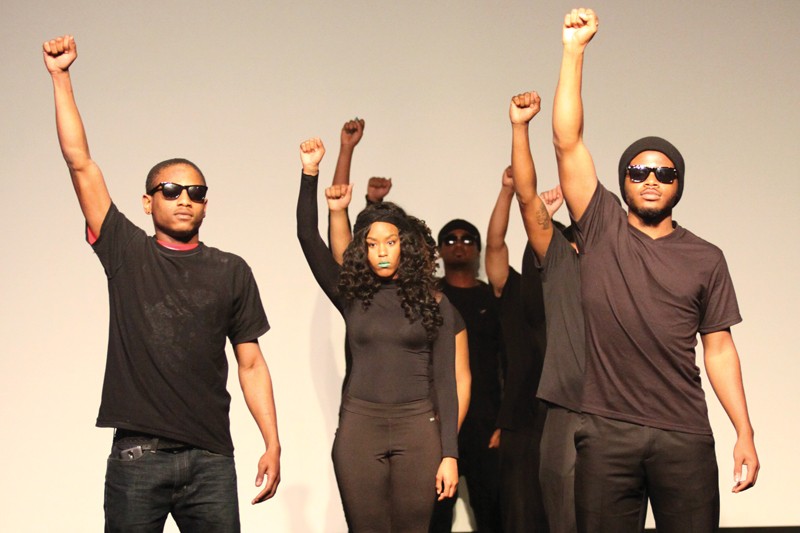 In 2016, Blackness is loved and hated; envied and despised; iconic and criminal; embraced and feared all at the same time. It is marked by hopefulness, sadness, brilliance, anxiety, rage and joy. It is the sauce and the lemonade.

If you as a white person would be happy to receive the same treatment that our black citizens do in this society – please stand! – Nobody is standing here. That says very plainly that you know what’s happening. You know you don’t want it for you. I want to know why you are so willing to accept it or to allow it to happen for others. ~Jane Elliot (Excerpt from T.I.’s “Warzone” video)

September 20th was a painful reminder that state sanctioned murders of Black American citizens by American police officers is our reality. From Tyre King’s independent autopsy report, which indicates the “small-framed” 13 year old, was shot 3 times by police while running away. To the graphic Tulsa, Oklahoma helicopter footage showing the murder of Terence Crutcher at the hands of police, after his vehicle broke down. Later, Keith Lamont Scott killed by police as he sat in his vehicle reading a book waiting on his child’s bus to arrive in Charlotte, NC.

September 20th also reminded us that even the lives of suspected terrorists, who shoot at police with handguns after using “weapons of mass destruction” are spared. A right Tyre King, Terence Crutcher, and Keith Lamont Scott were denied.  There is no justice in these actions, a point illustrated by rapper T.I. in the video “Warzone.”

I am a Black American woman and mother of four questioning everything, as nothing feels secure anymore. The “Black in America” paradigm I was taught in the ’80s, ’90s and ’00s is no longer a reality in 2016, if it ever existed at all. So what does it mean to be a Black American in 2016?

To be a Black American in 2016 is to be a living contradiction. It is a journey through uncharted familiar territory, facing uniquely well-known situations. It is having every opportunity at your fingertips, while simultaneously being “at-risk” to fail. Being Black in 2016 is having a chance to change the world through sports, technology, education, entertainment, and the literary arts. It is knowing you are a universal being embodying the energy of source, though your humanity is denied by the country you are expected to pledge your allegiance.

Being a Black American in 2016 is looking in the mirror and seeing the eyes of your ancestors who overcame unspeakable terrorism, only to discover those days are not as distant as they once appeared. It is realizing the bloodshed of the past will not cover you in the 21st century, and the battle for justice did not end with Dr. King. It is being empowered by yesterday’s accomplishments, and simultaneously emboldened by today’s circumstances. It is unwavering passion and tenacity for justice, against all odds.

Being a Black American in 2016 is being a reflection of Hip Hop; THE rose that grew from the concrete. It is holding your future in the palm of your hands, while thinking outside of a box covered by a glass ceiling. It is staring at the world through your rear view, acknowledging where you have been, while always facing forward never backwards. It is creating something beautiful from life’s pain, and innovating everything you touch.

Being Black in 2016 is having your emotional wellness and self-concept undermined constantly. It is remaining eternally optimistic, searching for the good in others, despite the systemic forces working against you. Being Black in 2016 is being at the intersection of everything. It is shining a light on the corners others try to erase. Being Black in 2016 is seeing the potential in a country that deemed your fore parents 3/5 of a human being. It is bearing the burden of a nation’s painful secrets, while writing a new script that will direct the next 100 years. 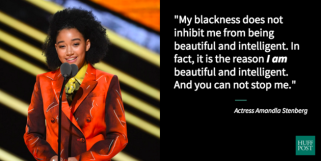 Being a Black American in 2016 is a testament to the resilience of a people and the power of love. It is proof that joy and faith are magical elixirs that inspire hopefulness and facilitate elevation. Being Black in 2016 is teaching our children the history we did not learn, while strategically using what is social and entertaining to progress the movement. It is declaring our freedom and using our voices to uplift the silenced. Being Black in 2016 is the sauce and lemonade. It is the star twinkling brightly for the world to see. Being a Black American in 2016 is revolution.