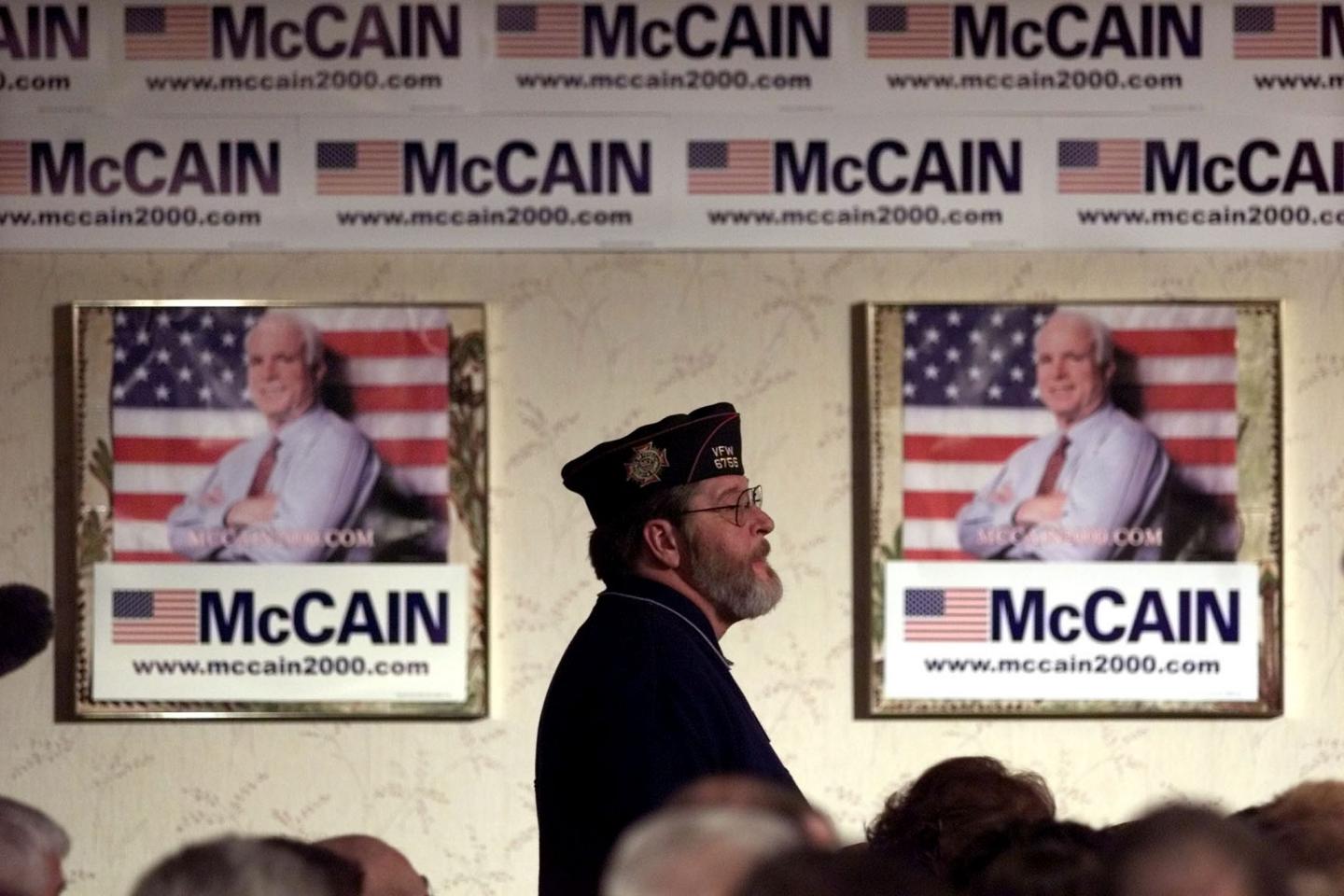 Some conservatives fear Trump may have weakened the GOP's traditional advantage with military voters.

Are active duty-soldiers and military veterans up for grabs in 2016?

Traditionally, the nation’s 23 million military voters — a whopping16% of the total electorate — are considered a reliable GOP constituency.  Past voting patterns clearly bear out this trend.

In the 2004 election, 57 percent of war veterans, who comprise roughly two-thirds of all military voters, cast their ballots for President George W. Bush and Vice President Dick Cheney against 41 percent for Sens. John F. Kerry and John Edwards — a 16-point difference.

In 2008, Barack Obama and Joe Biden closed that gap to 10 points (54%-44%) against John McCain and Sarah Palin.  However, Mitt Romney and Paul Ryan pushed the Republican advantage back up to 20 points in 2012.

The big question in 2016 is whether Donald Trump can hold that margin and the influence that comes with it in key battleground states like Florida, Ohio, North Carolina, Nevada and Virginia with strong military voting constituencies.

In August, Trump was up 14 points over Clinton with veterans, 53 percent to 39 percent, according to a Fox News poll. At a comparable point in the 2008 race, McCain was 22 points ahead of Obama with registered voters who had served in the U.S. military; Romney was up 24 points, Gallup polling showed.

Trump’s shortfall, which may have increased since, is almost certainly related to several gaffes he’s committed during his campaign thus far.

The first was his questioning of McCain’s status as an American war “hero” based solely on the fact that the Arizona senator, a former Navy pilot, was shot down and spent most of the war being tortured and brutalized in an enemy POW camp.  Trump double-downed on his remark and refused to endorse McCain’s campaign for re-election until GOP party chairman Reince Priebus.intervened.

Even more damaging was Trump’s highly-publicized — and many consider gratuitous — confrontation with the Muslim parents of a slain US solider killed in Iraq.  In interviews with mainstream outlets, many soldiers and veterans said they found Trump’s comments deeply offensive, and some openly questioned whether they could bring themselves to vote for the billionaire real estate mogul in November.

But Trump may also be consolidating his support. Unlike Clinton, he’s called for the “rebuilding” of the American military and has promised to improve conditions for returning soldiers, singling out incompetent management of the Veterans Administration and the deplorable conditions of military hospitals for strong rebuke.

Trump and the GOP are also making unprecedented efforts to sway military voters. The Republican National Committee has launched GOPVets, an aggressive outreach meant to add 700,000 new voters to the Republican roster by next November.  And Trump recently organized a public endorsement ceremony by war veterans that was widely – if inadvertently — covered by the mainstream media.

Even more impressive Trump has hired a large number of military veterans to help canvass voters and to encourage them to cast their ballots for Trump. Many military families have been hit hard by military base closings and by across-the-board cuts to the defense budget.  Trump has promised to reverse these trends, though it’s unclear from his planned budget where the funds would come from.

On the Democratic side, there are no comparable efforts to Trump’s.  Clinton did hire a national veterans outreach coordinator late last year and has hosted a handful of veteran town halls.  Her surrogates have also attacked Trump as a “draft-dodger.” But her attempts to downplay problems at the VA have clearly hurt her.

One returning soldier’s mother told a Bloomberg reporter in August:  “Do I like [Trump]? No.  He’s kind of a buffoon. But as the mom of a military son, I don’t have a choice but to vote for Trump. I don’t trust Hillary at all.”

Unlike the rest of the US electorate, a majority of military voters believe Trump is just as “fit” to serve as commander-in-chief as Clinton.  And the two candidates’ net negative favorability ratings are virtually the same, according to polls.

Overall, then, Trump still has the advantage.  But how much of one compared to past elections remains unknown.

In fact, a growing number of active-duty soldiers – about a third of the total military vote – appear to be drifting toward the candidacy of libertarian Gary Johnson, who opposes most foreign wars.  In a recent unscientific poll, Johnson actually led both Trump and Clinton among this segment.  Johnson had roughly 39% of the vote, compared to 31% for Trump and just 14% for Clinton.

But among the families of those same soldiers, Clinton led with 29%, followed by Trump at 28% and Johnson at 25%.

One thing seems clear:  neither Trump not Clinton is especially popular with military voters right now.