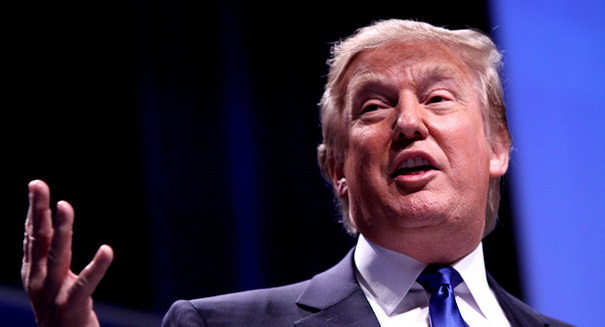 On the eve of the first televised presidential debate, the momentum in the 2016 race has shifted away from Clinton

Two weeks ago, some polling analysts began talking about a Trump “surge.”  Suddenly, that surge is looking more like a full-fledged “wave.”

In one battleground after another, the billionaire real estate mogul is opening up a lead over Hillary Clinton – or making that state’s race competitive again. He’s also beating Clinton in several of the latest national polls. Mainstream pundits are reeling from the shock.

The same is happening in Florida where the latest poll has Trump up by three. Trump’s also narrowed Clinton’s lead among Hispanics. Remember the Trump “pivot” on immigration? It looks like it might be working.

Florida and Ohio are quadrennial battleground states; typically, they are close. But the former reality TV star is also winning in Iowa and narrowing the gap with Clinton in Blue-trending states like Colorado, Nevada and Virginia.

In Virginia, Clinton was so confident of victory that she’d canceled her planned ad buys and was beginning to close down field offices. And Colorado, a key Southwestern swing state, seemed to be sewn up, too. The former First Lady once had strong double digit leads in both states.

No longer. In fact, despite the advice of some Republicans, Trump is determined to keep fighting for the Commonwealth State. The latest poll showing him trailing by just three points seems to vindicate that decision.

There’s also strong evidence that Clinton’s efforts to vie for traditional Red States like Utah, Arizona and Georgia are foundering. The latest poll in the Peach State shows Trump up by six, and in Arizona, Clinton is trailing by 5. In Utah, he’s close to twenty points ahead.

On a CNN panel Wednesday night, pro-Clinton pundits insisted that Clinton is still leading the race and that any Trump gains are due to recent stumbles on their candidate’s part — not on the success of Trump’s own campaign.

But the two trends are closely related. Clinton has suffered body blows due to the continuing drip-drip of scandal surrounding her emails and the Clinton Foundation.  But Trump is gaining in his own right, consolidating support among Republicans and wooing independents with a strong shift in his campaign messaging and tactics.

Clinton supporters insist that the basic electoral math still favors their candidate. It’s true in one key respect:  Trump’s path to victory is narrower than his rival’s.

Trump will need to win Florida, Ohio and North Carolina, hold on to the Red states, and flip a Blue-trending state like Pennsylvania, Wisconsin or Virginia to have a real shot at victory. .

The problem for Clinton? Trump is doing just that.  In fact, he may end up flipping more than one of those three states.  Add Nevada, and maybe even Maine, Rhode Island, and New Jersey, where Trump trails by low single-digits in the latest polls, and he will easily surpass Clinton – maybe achieving a minor “landslide.”

Second is the “enthusiasm gap.”  Republicans are simply more excited about voting for their candidate.  That could easily translate into higher turn-out for Trump at the ballot box.

And third, and perhaps most ominously, Clinton’s aura of “inevitability” has all but vanished. One recent poll found that Clinton had only a 43%-40% lead among respondents on the issue of who was more likely to win the presidency. In the past, Clinton typically led by more than 20 points on this score.

In sports, commentators often talk about the “Big Mo” referring to which team seems to have the overarching momentum. Right now, Trump does — and his head of steam is still building, just ten days before the first – and probably the most decisive – presidential debate on September 26th.

Clinton needs to stem Trump’s tide – and do it quickly.

Otherwise, the former First lady could find herself before a nationally televised audience on the defensive — and desperate for a Trump gaffe to rescue what’s looking right now like a fast-fading candidacy.