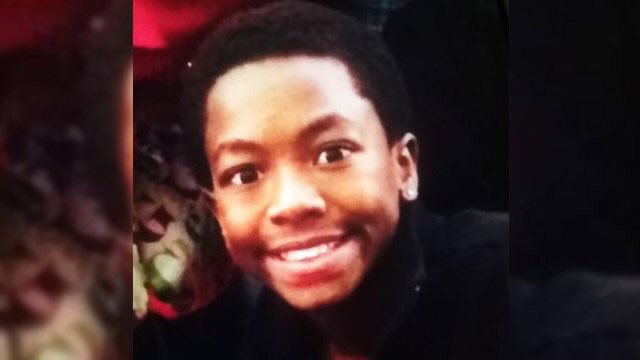 The Fact Remains, Tyre King Was A Black Child Killed By Police In Columbus, Ohio

They tell us, sir, that we are weak—unable to cope with so formidable an adversary. But when shall we be stronger?
Patrick Henry, The Call To Arms (1775)

Tyre King was his name. On September 14, 2016, he was killed by the Columbus Police Department at the tender age of 13. Like others before him, Tyre has become a trending topic. Twitter trolls are blaming Black parents. Activists are blaming systemic racism. Parents of Black children are blaming care-less cops.

We are apt to shut our eyes to a painful truth.
Patrick Henry, The Call To Arms (1775)

According to an nbcnews.com report, the officers involved in young Tyre’s killing will receive “mandated psychological support counseling” and have the opportunity to “take leave time to assist in recovery from a traumatic experience.” If this tragedy follows the path of Tamir Rice, we know the outcome. And now I want to know, who will protect Black children? Is it the fathers?

Black Fathers’ ability to protect their children is compromised before fatherhood is even fathomable. The spirits of Black boys are commonly broken beginning in childhood through social, cultural, and economic forces. By adulthood, barriers to achievement manifested in oppressive systems hinder the ability of many Black Fathers to assume accepted masculine roles. According to author Michelle Alexander, these systems have led to more Black men being under correctional supervision today (in jail, prison, on parole or on probation) than were enslaved in 1850, a factor that has significantly mired the community presence, employment, and civic engagement of Black Fathers. The epidemic rate of homicides involving Black males ages 15-34 as victims and perpetrators has also weakened the protective power of Black Fathers. Therefore, I am asking the question. Who will protect Black children? Is it Black Mothers?

Black Mothers bear the gift and the curse of magic’s illusion. They are America’s most educated demographic, but also carry the largest yoke. Often, with the support of other Black Mothers, they raise the children (biological and otherwise), create the income, care for the sick and aging, advocate for the incarcerated, bury the dead, and lead the community. All while dealing with their own pain, and sorting through the unique day to day injustices that come with being Black and female. Black Mothers have valiantly made lemons out of lemonade, while reaching for happiness and realizing their dreams. Black Mothers often bear the greatest responsibility and are doing the absolute most, but it is not enough. Therefore, I am asking the question. Who will protect Black children? Could it be our schools?

Allegedly purposed to educate, America’s schools are now a direct pipeline to bondage. They are too often environments where books and lesson plans jar Black self-concept, and officers outnumber counselors. Where even the smallest infractions (e.g. Eye rolling or silence), can lead to suspension, arrest, assault or all three. Settings run by boards and superintendents more consumed with budget allocations than quality education. So again, I am asking the question. Who will protect Black children? 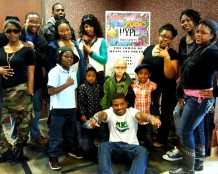 The protections promised in our nation’s freedom documents, give us the responsibility to hold our government and the entities that comprise it accountable. When said government denies these supplications, as with Tyre King, we have the right to protest, speak out, write, sing, petition, and vote. This is necessary. Even so, the question remains, how do we protect the Black children left to live in a world treating them as if their Black lives do not matter?