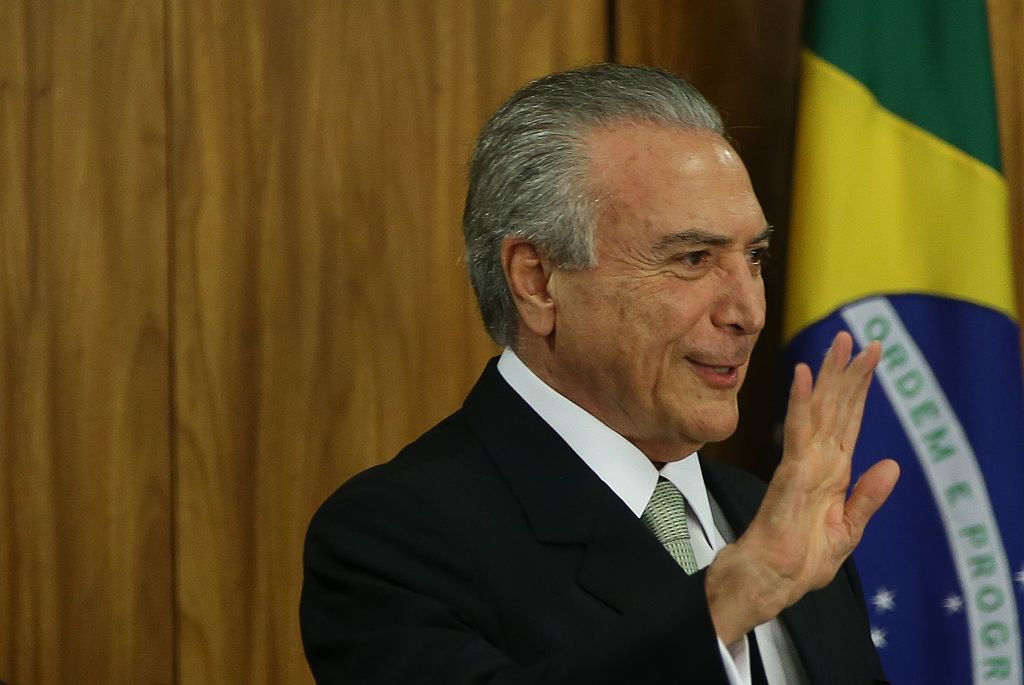 Michel Temer has wanted to be President for years and now has the chance to rule the country. But with a destroyed economy and shadows of "golpism" hovering over his mandate, he is up for a bumpy ride.

On 31 August 2016, Michel Temer has become the new President of Brazil. Just a few hours before, the Senate had voted to impeach Dilma Rousseff, who has been dismissed from her role as President.

Temer’s mandate will expire on 1st of January 2019 (the original end date of Rousseff’s charge as President), when new elections will take place.

The new President has now a couple of years to mend the economy and to drag the country out of the political polarizations and social unrests of the last years. And the current situation indicates that his next couple of years will be a bumpy ride.

Saving the economy is a priority for Temer, an economist by education and curriculum himself, but the path ahead of him is an uphill struggle. The biggest problem with Brazil is its enormous debt, which can only be capped by adopting unpopular measures: cuts on the welfare state and increased taxation.
With Congressional elections coming up in October, Temer will have a hard time in securing the majority to implement such measures. Very few members of the Congress are ready to put their re-election at stake, not even to salvage the ecoHis coalition, while still prominent in the both chambers, cannot rule entirely on its own, and requires the support of Rousseff’s party. But Dilma’s supporters, who consider Temer nothing more than a usurper, won’t grant him the votes he needs so much.
Adopting belt-tightening measures is also a political risk, as Rousseff’s experience shows. During her second mandate, Dilma steered her policies toward a more austerity-oriented economy and her consensus among the low-middle class precipitated. While other reasons factored in, her attempt to cut some of the social benefits to fill the debt gap did not help her political situation.

In a shady political position.

And Temer’s political position is also precarious. While the majority of the population has welcomed his appointment as new President, there are still many doubts about the legitimacy of the whole impeachment procedure.
It is not the first time that a Brazilian President is impeached. Before Rousseff, it was Collor, in 1992. But the similarities end there. Collor’s dismissal, following his involvement in a bribery scandal, was a clear cut case, with consolidated evidence against him. Rousseff’s impeachment, instead, still has many gray areas. The timing is one of them. Since her re-election in 2014, more than 30 requests for her impeachment have been presented, by different factions and with various accusations. None of them passed the vetting of the Chambers until Rousseff’s party withdrew its support to Eduardo Cunha, former speaker of the lower Chamber, and himself under investigation for bribery. Few days after it was Cunha himself to give the floor for the first time to discuss the latest accusations toward Dilma, the accusations which would cost her the Presidency. Since then Cunha, who eventually had to resign in July 2016 over his own corruption charges, and Temer, had become the key players (or the puppy masters for their opponents) of the Brazilian politics.
The content of the investigation over Dilma’s accusations has also raised more than one eyebrow. The former President was accused of having moved national funds from one Government budget line to another, in violation of the Brazilian law. However, in several hearing sessions, the focus of the discussion has been her political choices and her inability to restore the economy. The focus shifted from the impeachment to Rousseff’s overall political conduct so much that the whole debate resembled an electoral campaign rather than a judicial proceeding.
Temer has wanted to be President for a long time. His political partnership with Rousseff had become progressively more and more strained as the months went by. She did not fully trust him, nor his coalition and hence left him with little political power. His frustration culminated at the end of 2015, when he sent a letter, leaked to the press, expressing his resentment to the President in charge.
Now, he is in the position where he wanted to be, according to his detractors, since the 2014 elections. But it will not be a bed of roses for him.
His economic reforms, if he manages to get the approval to implement them, are going to hit the poorest (and most numerous) part of the population. A portion of the Brazilian society that, for how tired it was of political corruption, is traditionally closer to Rousseff’s party than to the centre-right of Temer. He will also have to recompact a country that had lost trust into its politicians, and that does not fully accept his story that his role in the impeachment has been nothing more than the guardian of legality. For how much he downplays his participation in Rousseff’s dismissal, it is hard to believe that the Presidency fell in his lap just for a lucky twist of fate. And this perception will always cast shadows over his legitimacy to rule the country, a legitimacy that a President who has to reform the economy using draconian methods and to reunite a nation never so polarized need desperately if he wants to succeed.