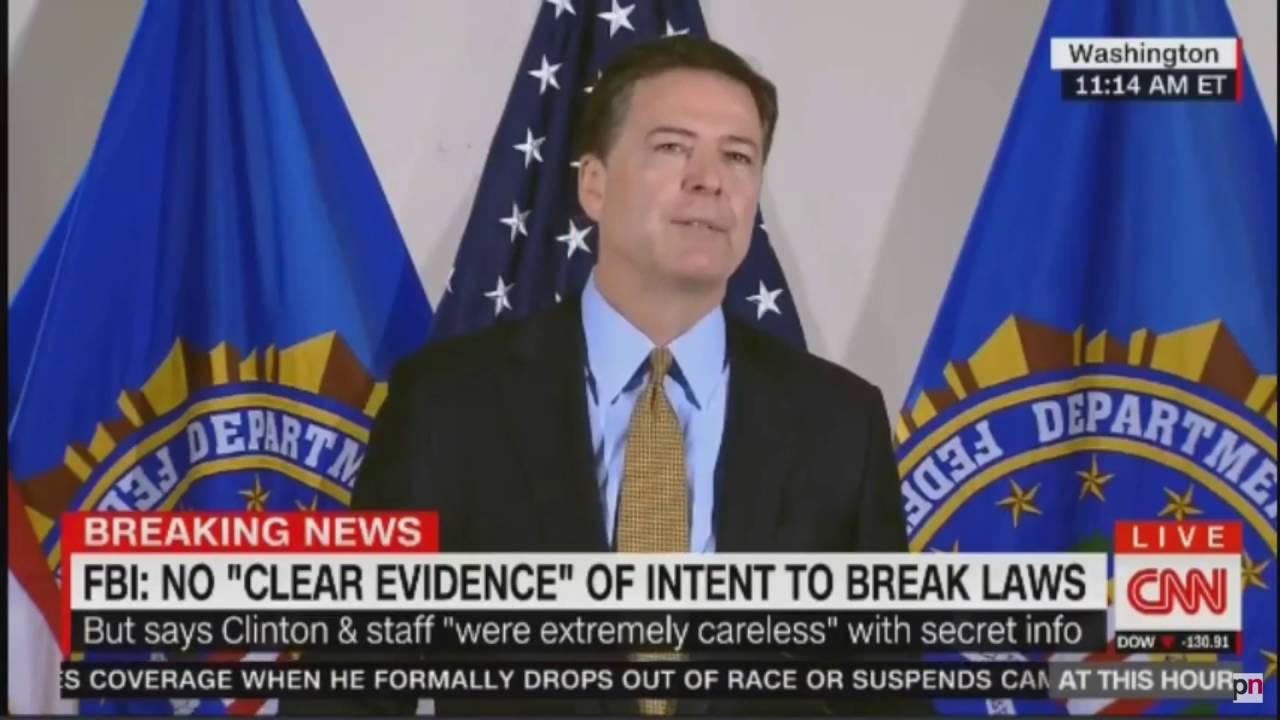 Maybe her legal troubles are over. But her credibility? Looks like that hasn't been helped much.

Tribune Content Agency — July 6, 2016
FBI Director James Comey has given Hillary Clinton something better than a get out of jail free card. He’s protected her from indictment by recommending to the Department of Justice that she not be prosecuted for her and her staff’s “extremely careless” handling of emails on private servers that included documents classified as “top secret,” “secret” and “confidential.”

Once again the Clintons have escaped the long arm of the law, which in their case is much shorter than the arm extended to other government officials who have been caught committing far fewer infractions.

In his statement, Comey went through a list of points about Clinton’s several private servers and the erasures of emails. He didn’t touch on the recent revelation that she burned her daily schedules while secretary of state. But then in a whiplash moment after making what sounded like a good case for her guilt, Comey said the FBI would not be recommending to the attorney general that she be prosecuted.

Comey’s use of the term “extremely careless” is significant. Had he said “gross negligence” it would have been grounds for an indictment. Here’s how federal law 18 U.S.C 793 reads:

“Whoever, being entrusted with or having lawful possession or control of any document, writing, code book, signal book, sketch, photograph, photographic negative, blueprint, plan, map, model, instrument, appliance, note, or information, relating to the national defense,

(1) through gross negligence permits the same to be removed from its proper place of custody or delivered to anyone in violation of his trust, or to be lost, stolen, abstracted, or destroyed, or

(2) having knowledge that the same has been illegally removed from its proper place of custody or delivered to anyone in violation of its trust, or lost, or stolen, abstracted, or destroyed, and fails to make prompt report of such loss, theft, abstraction, or destruction to his superior officer — Shall be fined under this title or imprisoned not more than ten years, or both.”

This would seem to describe what Clinton and her staff did with her emails, but characterizing their actions as “extremely careless” rather than grossly negligent reminds one of Bill Clinton’s remark: “It depends upon what the meaning of the word ‘is’ is.”

Comey also said while there was no “direct evidence” that “hostile actors” invaded her personal email domain, “given the nature of the system and of the actors potentially involved,” the bureau concluded hackers likely did gain access to the private email accounts of people with whom Clinton was in regular contact.

While Comey has let Hillary off the hook, his decision cannot wash her clean of the indelible impression among a majority of voters that she is untrustworthy.

Donald Trump has an open invitation to continue battering Hillary as dishonest, incompetent and careless, even grossly negligent.

People with long memories will recall Hillary Clinton’s stint on the House Judiciary Committee during its investigation of Richard Nixon in the Watergate affair. Nixon would later say, “I’m not a crook.” Now, based on the FBI’s decision, Hillary can say the same, and perhaps she will enjoy the same level of credibility with voters that Nixon had.

One issue on which Donald Trump and Bernie Sanders are in agreement — and Trump tweeted this in his initial reaction to Comey’s statement. The voters believe the system IS rigged. Comey’s decision not to recommend to the Justice Department that Hillary be indicted gives more credence to that belief.

One of the most widely syndicated political columnists in America, Cal Thomas has been provoking discussion and debate for more than 30 years. Thomas takes an unwavering stand for traditional conservative values and American “can-do spirit” that transcends political parties. A wide-ranging social commentator rather than a beltway insider, Thomas takes on all topics, from the American family’s decline to terrorism’s looming threat. Readers may email Cal Thomas at tcaeditors@tribpub.com.