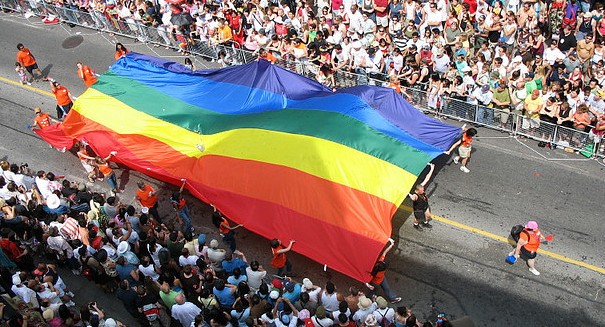 The landmark Supreme Court ruling on Friday that legalized gay marriage across the United States will immediately have some big financial benefits for homosexual couples, particularly when it comes to claiming Social Security.

Heterosexual couples have long enjoyed being able to use Social Security claiming strategies to maximize their benefits, but now that the Supreme Court has made same-sex marriage a constitutional right, gay couples will be able to use those strategies that were previously not available to them, according to a USA Today report.

These financial benefits are nothing to sneeze at. USA Today quotes a report by the investment advisory firm Financial Engines in California that estimates the ruling could add anywhere between $20,000 to a whopping quarter of a million dollars to the lifetime benefits for same-sex couples.

That’s because the unions are now officially the same as heterosexual marriages, and therefore there is no difference in the Social Security benefits. As a results, gay couples will not longer have to lose out on many thousands of dollars over their lifetimes.

Financial Engines used one scenario to demonstrate the difference, taking two men in their early 60s, one who has a salary of $80,000 and the other with a lower-paying job that was interrupted with a few years off. With the former dying at 84 and the latter at 90, the couple would receive Social Security benefits of $797,280 if they were considered single. But as a married couple, those benefits would increase to $938,112, a difference of $140,832 since the latter would be able to receive spousal and survivor benefits after the passing of the former due to his higher earnings history.