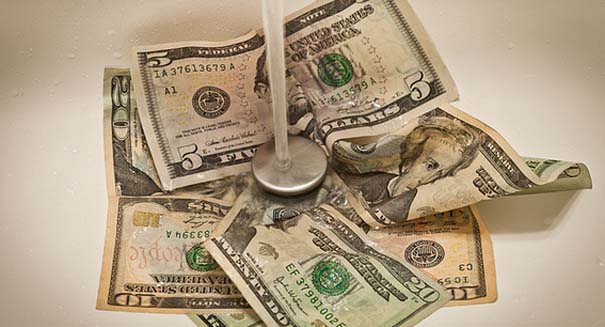 Taxes have been collected for centuries; spending the revenue unwisely is the problem.

Social media is awash these days with memes decrying the existence of taxation by government as theft.  Certainly, you can see one’s point of view in this, especially when they point out that failure to pay the taxes local, state and federal governments insist you owe them can result in being taken from your home by force and imprisoned.

But is that actually theft, as in taking something that doesn’t belong to you?  Or is it a consequence of failing to comply with a provision of our government that, while we may not agree to it in principle, is a generally accepted law of the land?  There may be a number of laws on the books with which we disagree, but failing to abide by them can have serious penalties.

Back in the late 1700s, when the United States was just beginning to define its form of government, the founding fathers, considered by most as some of the brilliant political minds of all time, realized the government needed money to stay in business.  Admittedly, the bloated, wasteful government we now have in place probably could not have been conceived by those great thinkers of that age, but be that as it may.  They knew that to provide for a common defense and to keep the inner workings of government off life support, a source of revenue had to be maintained.

They actually tried a system of asking for voluntary apportionments from the individual states, but that went over about as would be expected.  The states themselves were struggling with revenue issues, and merely asking for money just didn’t seem to be getting the desired result.

This Constitution was voted on by the elected officials of the time, ratified by the states, and has been our guiding document, with amendments, for over 200 years.  I am saying that because over that span of more than two centuries, the power of the government to levy taxes has remained.  And our ancestors, and we as well, continue to elect representatives that spend as if there was an unlimited supply, hence we are condoning the practice.  If taxation is theft, then we are willing accomplices in the voting booth.

Collection of taxes, like entitlement programs and toothpaste, are difficult to put back in the tube once released.  Today, we expect more than the “common Defence and general Welfare,” including things such as police and fire protection, free education, and unemployment insurance.  And the general public no longer views such programs as benefits or privileges, but sees them as a right that is deserved by all citizens, and some feel, non-citizens as well.

There are movements today demanding free college, and calling it a right that must be provided by our government.  Once privileges like these are granted, they cannot be taken back, and there are costs associated with each and every one.  These costs must be borne by the citizens of the nation, not just the rich, as many would imply, but all citizens, in the form of higher prices on cost of goods at retail sales, taxes on property, driving licenses, automobile registration and so on.  The list would take all day.

Taxation is not the evil.  Taxation is necessary.  Our bloated, wasteful government spending is the enemy, and we should be taking to the streets and town halls to ask our representatives why they voted to give over a $100,000 to study how fast a truck must be traveling to strike a vulture feeding on a carcass in the middle of the road, or over $1 million to determine that cats and dogs drink water differently (Read about it here).

Governmental accountability should be our top priority, as a way to reduce our deficit, balance our budget, and reduce taxes for every citizen across the nation, not just the filthy rich.  We should demand our representatives be frugal with the money we provide, and hold them accountable when they spend it wastefully.

To paraphrase a quote normally attributed to Benjamin Franklin, nothing is certain but death and taxes, and neither are going to go away.