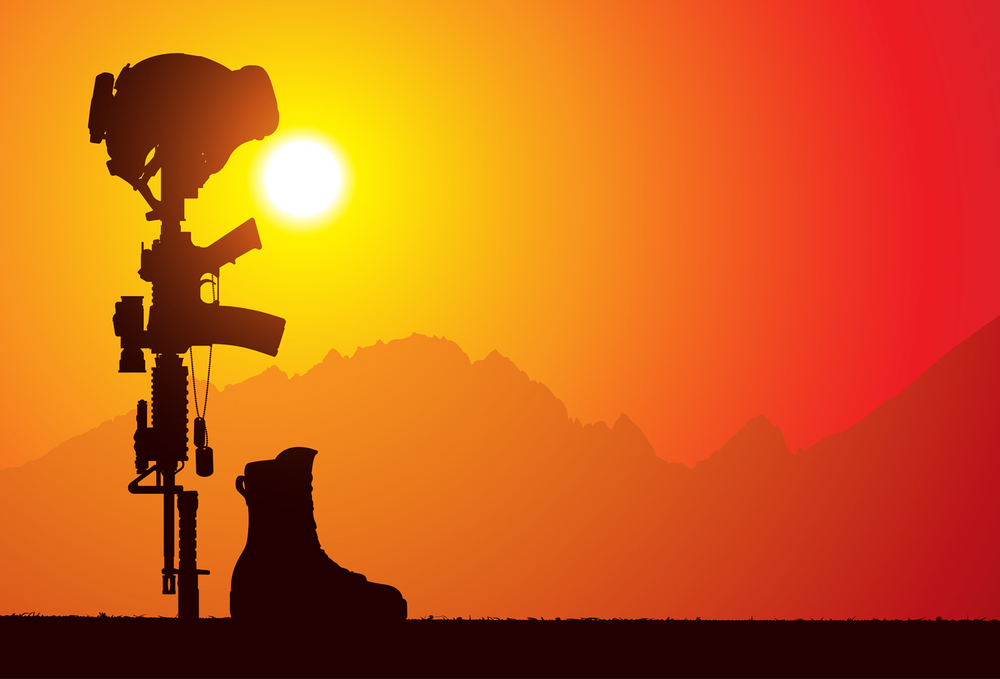 Our men and women who fought and died for our country should be remembered as we observe Memorial Day.

“It’s a hell of a thing, killing a man.  You take away all he’s got, and everything he’s ever gonna have.” — Clint Eastwood as William Munny, notorious killer of women and children, in the movie “Unforgiven.”

Today is Memorial Day when most Americans organize a cookout, spend the day at the lake or a baseball game, or travel to visit families over the traditional three-day weekend.  But the reason for the holiday sort of gets lost in the hustle and bustle of celebrations and fireworks.

Once in the US, soldiers were held in reverence across the land, as men and women who chose to defend their country and its ideals, but in recent years, with anti-war movements and the like, many look down on those who chose to serve as instruments of destruction, and puppets of an aggressive government.

News accounts of homeless veterans, seemingly abandoned by the government they served, fill the airways, and horrific stories of veterans neglected by the VA system shock us all, not just because they are veterans, but we can’t imagine treating any human being with such callousness.

Regardless of how you feel about war or the American system of government, there is no reason to blame the vast majority of American men and women who valiantly served and made the ultimate sacrifice for their homeland and the people living with its borders.

Most never wanted to go to war, and never wanted to kill another man, and take away all he’s ever gonna have, but felt the act was justified at the time.  Even if history shows later the killing and dying may have been in vain, the soldier was doing what his nation’s representatives asked of them.

Not one of them left their homes and families behind to go to a foreign land to die for his country.  They all planned to serve and return to the lives they were living and live out their days as free American citizens.  Many came back physically unharmed, but suffering from depression and PTSD, making the transition back to normal life difficult if not impossible.  Far too many survived the battlefields only to succumb to death by suicide at home.

But countless thousands never returned to American shores alive.  These men and women lost everything they had and all they were ever gonna have, serving our country so that we could be free and relatively safe to have cookouts, attend ball games and spend the day at the lake.

No matter your opinions of war and violence, I am asking you to join me at 3 PM wherever you are, to pause for just a few moments to remember these soldiers who fought and died for America, and also for the families whose loved ones never returned.

This is the very least we can do for these real heroes of our nation.  We owe them our gratitude, our respect, and our reverence.

May God bless our fallen heroes and their families, and may God bless the United States of America.