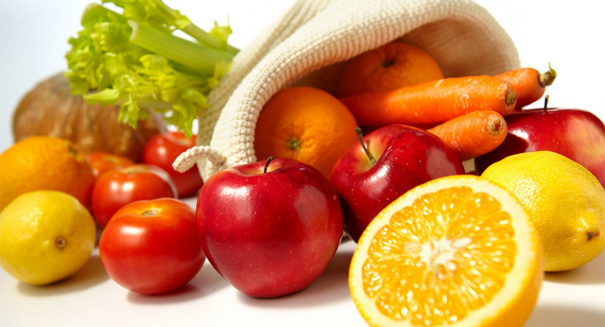 Nations like the US throw away tons of food each day, and we should be focusing our efforts on finding ways to stop this waste and end starvation.

Since I do a lot of the cooking and dinner preparation, I am pondering the grocery list, and getting ready to make the dreaded run to the store for this week’s victuals.  Since my wife and I are pretending to be trying to watch what we eat and lose a few pounds, it’s difficult to plan meals that are healthy and wholesome, and at the same time, tasteful and pleasing.

On a short trip off of the major highways yesterday, I noticed quite a few small country homes with medium to large gardens next to them, something I have to admit I hadn’t paid much attention over the last several years.  I have a small plot where I plant a few tomato plants each summer, with some peppers and cucumbers, but nothing like these gardens I saw on my way.

Another thing I noticed was the pristine nature of the rows of plants and their surrounding areas, free of weeds and other invasive vegetation, indicating it was not just a hobby, but someone was putting a great deal of effort to raise a crop of some size.

In the US, we are about a generation removed from a major dependence on the summer gardens for food and sustenance throughout the year, although in much of the world, that same effort determines who lives and who dies.  Today, we just drop into the grocery or the local farmer’s market for what we need “on demand,” as these facilities typically have adequate selections waiting for us.

But our grandparents worked a job for eight to ten hours a day, and came home and worked in the summer garden until dark, raising fresh vegetables like corn, potatoes, beans, and many other things we take for granted today.  And many years, the weather determined the abundance of their harvest, along with insect infestations and wildlife interventions.

My father was one such gardener, working in a textile mill, and raising vegetables at home.  He not only provided food for our table in the summer, but food that was canned or preserved to eat throughout the winter months as well.  He also bartered some of his crop to other farmers for different vegetables, meats, or seed for next year’s crops, as well as taking some produce to the “widow women” of the town as a much-appreciated gift.

It was drummed into me as a child to eat everything that was on your plate, admittedly a lesson that contributes greatly to my waistline today, because my parents and their parents, who lived through the depression knew what it was like to be without food.  As did the pioneers of our nation, and unfortunately, far too many people in today’s less-developed nations.

And it saddens me today to see the portion sizes in our restaurants and how much food is left behind after dining that is simply thrown away, while knowing there are young children dying from starvation all across the globe.

If our politicians, media and even us as individuals, put half as much effort into solving the world’s food crisis as we do trying to convince each other that Democrats are wiser that Republicans or vice versa, I’m certain we could find ways to help these people and prevent this tragedy from happening.

No one in one part of the world should be facing starvation while another part of the world tosses tons of food in the trash every day.  It should be our greatest priority to not just provide these starving masses with a meal each day, but to destroy the impediments of corrupt governments and other roadblocks and allow these people to raise their own food to become self-sustaining.

We can disagree about politics and religion all we want, but it is morally wrong to allow people to starve when we have such abundant resources and technology available to prevent it from happening.  As the population grows, the disparity will increase, and actions need to be taken now.