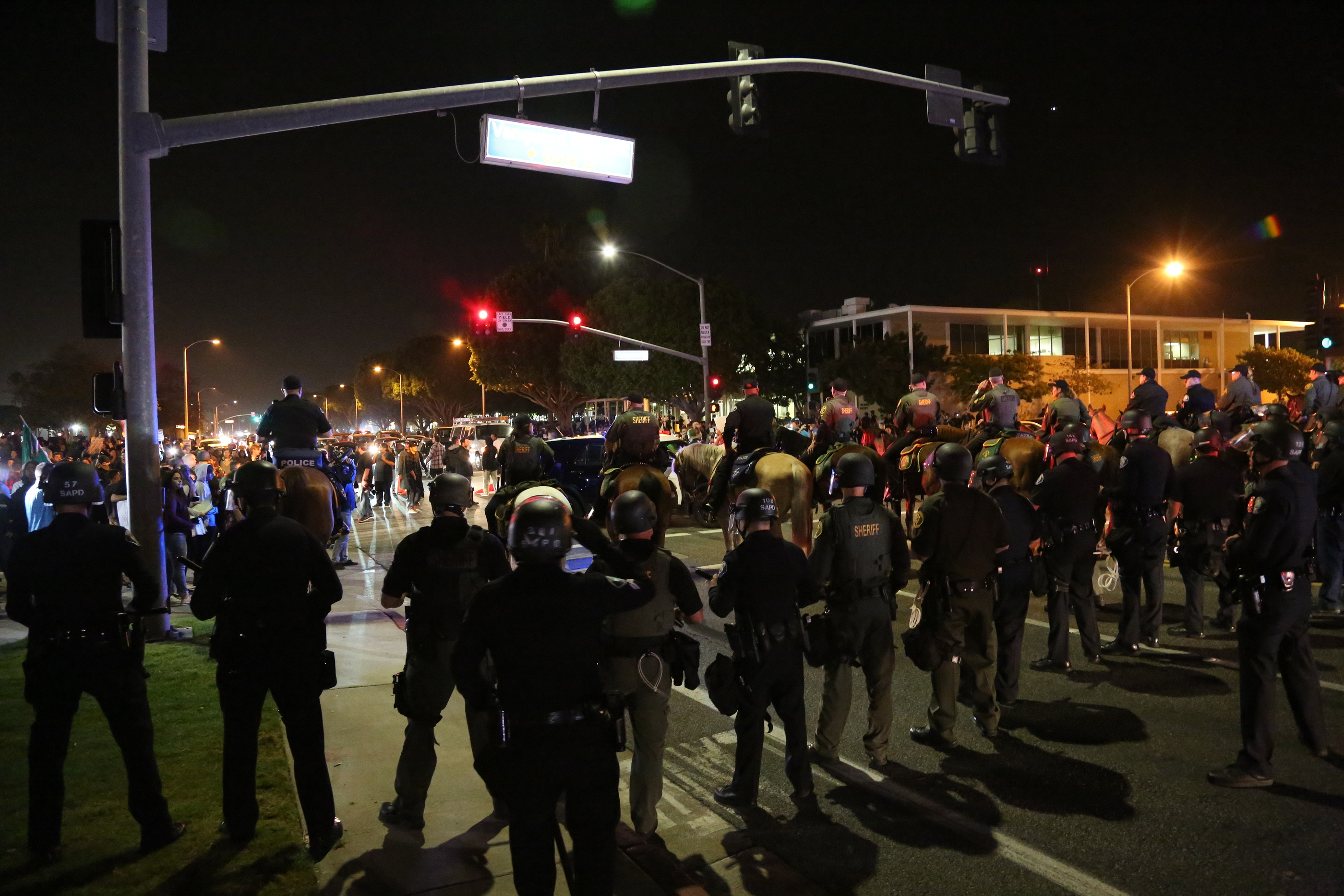 I an the Resistance. I will stop at nothing to prevent President Trump from being successful, no matter what the consequences.

You know me.  I live just down the street from you.  Well, if you live on the west coast or the northeast.  But you will still recognize me.  You remember seeing me with tears flowing down my cheeks on the night of the presidential election, when Hillary Clinton’s rightful ascension to the throne was stolen by a conspiracy guided by The Usurper.

You saw me on the news shows for weeks afterward peacefully protesting the election outcome, by setting fires and breaking shop windows, and calling for marches and rallies to protest the coming evil of Donald Trump.  You hear my dire predictions of mass police-state roundups of peaceful families of immigrants from all over the world who were now American citizens.  You heard me predict that babies would be snatched from the arms of their mothers and tossed into the sea.

That may have been a little over the top, but according to all our news sources, that is what Trump was planning to do once in office, and we had to stop that from happening.  So, we are taking to the streets, town hall meetings, university speaking engagements and many other such opportunities to get our message of resistance out to the less-enlightened people of the USA.

What is our message?  Stop anything Donald Trump says he wants to do. What do you mean, what if it is good for the country and its citizens?  If Trump wants to do it, it can’t be good for anyone.  I mean, that was the message of the Democratic Party in the election that was stolen from them by a collusion between Trump, the Russians, and James Comey.

Wait, Comey was fired by Trump, so he must be on our side now.  But still, he has written memos that may implicate Democrats in some type of wrong-doing, so we will need to wait a little longer to decide if Comey is good or bad.  I will get back to you on that one.

But Trump’s business dealings with the Russians led to them trying to change the outcome of the election, because Trump is the only businessman in the country that has had dealings with Russians.  Sure, President Obama told Putin he would be a lot more flexible to deal with after he was re-elected to his second term, but that doesn’t even sound a little suspicious.  Besides, we don’t need actual evidence of collusion to be proven right.  Just check the news headlines.

What do we believe, you ask?  We believe Trump should be removed from office, whether he has committed any crimes or not, and replaced, not by Vice-President Pence as the Constitution allows, but by the Progressive leader of our choice.  Besides, if Pence succeeds him, we will just go after him for the same reasons.  In fact, some news outlets are already starting, just in case we get Trump kicked out.

We just can’t understand what motivated the “deplorables” to vote for Trump just because he wasn’t Hillary.  On the other hand, voting for Clinton just because she wasn’t Trump made an excellent point.  After all, it was her time, and we were all “with her,” even if we didn’t know where she was going.

If Trump says right, we say left, and if he says wet, we say dry.  And we call on all Democrats in government to vote against anything proposed by Trump or the ghastly Republicans, no matter what the proposal.  Even if it would benefit all Americans, we demand our representatives to be in complete and utter disagreement with it.

We want Trump, as well as the entire Republican Party to fail, and we are fine if they take the nation down with them.  That is our platform and our message, and we are certain that level of obstructionism will lead the Democratic Party to resounding victories in the 2018 and 2020 elections.

You know me, I am the Resistance.