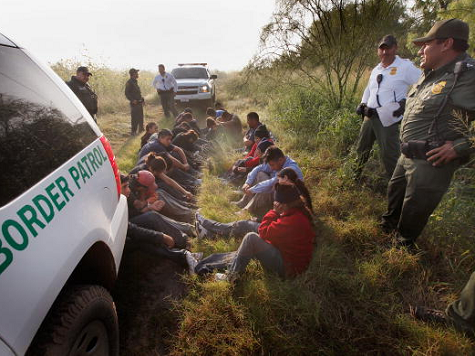 Immigration reform has been a hot topic of conversation among political parties for decades now, and we are no closer to implementing a comprehensive plan than we were decades ago.  In fact, we may be even more divided over the issue than ever.

A large part of the problem is the rhetoric on both sides over immigrants, legal or illegal, that spews along party lines.  Both sides, liberal and conservative, try to paint the other as being to the most extreme position on the issue, but in truth, neither side is telling the true story.

It would be pointless to give examples of success stories or disastrous outcomes of the consequences of illegal immigration, as both arguments can provide numerous examples to foster their own particular position on the problem.  Needless to say, there is no one solution that can produce the greatest outcome in all cases.

But some things that need to be addressed seem rather obvious.  The recent US Immigration and Customs (ICE) raid in Seattle earlier this month highlighted one of those problems, when officials arrested an illegal alien, Antonio Ramirez-Polendo.

Ramirez-Polendo has already been deported eight times between the years of 2000 and 2006, and has served a year in a Washington state prison for felony drug trafficking, but remarkably was once again living outside the city of Seattle.

This example shows just how dangerous the hole in our current immigration enforcement policy is to American citizens.  If a known criminal that has been deported eight times can easily enter the country again, how can we expect the border officials to keep out those without such a history who want to do harm to US citizens?

I am not taking a position against immigration, from any part of the world, but the process must be controlled to prevent career criminals and terrorists from crossing into our nation.  Surely, even the most liberal and the staunchest conservative can see that our current enforcement policies are not working, and this case just serves as an example of this.

I would love to see a world where all borders are open and people are free to travel about as they wish, but believing such a world exists today is a utopian dream at best.  There are those who publicly boast of plans to infiltrate the US and create havoc and disrupt our way of life, up to and including the killing of innocent American citizens.

And to those who say Americans are not that innocent, let me remind you these persons wishing to do harm do not attack government offices or military institutions for the most part, they strike at night clubs, malls, or public places where young adults and children gather.  You can criticize our government for interference in other nations, but terrorists aren’t seeking to attack the government, they are looking to harm people going about their everyday lives.

The time has come to put aside political and ideological differences and work together to devise a plan to allow those from other nations looking to gain a better life for themselves and their families to immigrate to the US, while blocking career criminals and terrorists at the door.

Those who enter the US illegally and wish to continue criminal activity must be arrested, and if the deportation process is merely an inconvenience to habitual criminals, they must be incarcerated instead.

How many truly innocent Americans must die before we can agree to accomplish this?