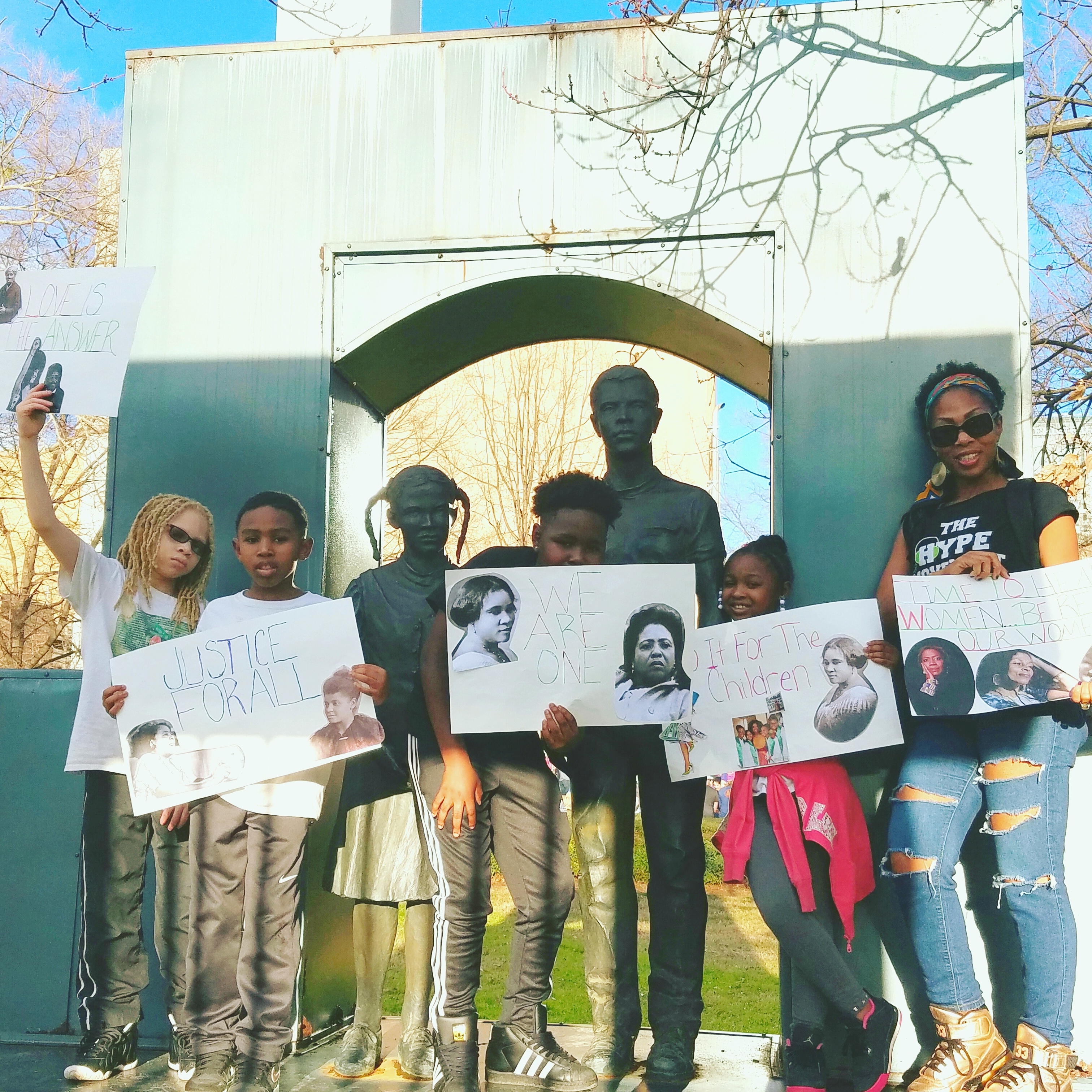 Women, if the soul of the nation is to be saved, I believe that you must become its soul. ~Coretta Scott King

I have been an activist all my life. Speaking out against injustice and confronting racism in its various forms has been my experience since elementary school. I have marched and protested against racial injustice in several cities since I was a teenager. Yet never had I considered, or been presented with the opportunity to march for “women’s rights”. So when talk of a Women’s March began, I was amazed at my own disinterest. Harriet Tubman and Ida B. Wells are historic figures I admire most, and both were champions of equal rights for Black Americans and women. However, I did not give traveling to DC a single thought, because in this country, “women” is often code for “white women”.

However, as the momentum grew, and talk of marches occurring in other cities began to surface, I became intrigued. When I saw that one of the organizers of the Women’s March on Washington was a Black woman, I decided to do a bit of research on the aims of these protests. To my surprise, buried in the list of concerns were issues of racial oppression. It was in that moment I decided to participate.

Part of change is the discomfort. And part of the discomfort for Black women in conversations about gender is our sheer presence. Our very existence reminds white women of their own biased attitudes, and the racist beliefs held by their closest friends and family members. Wouldn’t it be great if we could “all just be women?” However, the inconvenient truth is white women have played a pivotal role in the perpetuation of white supremacy in America for centuries. And while many would rather deny women of color’s role in the movement for women’s rights because of these complexities, I could not let that ride. So on January 21, 2017, my four children and I participated in the Women’s March in historic Birmingham, Alabama.

To help my children understand the issues of concern we would be advocating for during the March, I took them to see the award-winning film “Hidden Figures” the night before, as it brilliantly illustrates the unique forms of injustice Black women experience. Specifically, white men often treat us with none of the care and sensitivity afforded to “women” (white women). White women have no problem exercising their white privilege, while excluding us from the trappings that come with being a “woman” (white woman). And within our relationships with Black men, we are often confronted with the same sexism white men use to keep white women subservient.

Upon viewing the film, I explained to my children the basic premise of the March. Because I foresaw the narrative of “the marcher” as being white and female, I decided to confront it from the outset. I explained to my children that many attending would probably not be considering issues of concern to Black women and other women of color. Thus, our job was to be the face and voice of Black women. While many at the March may be clinging to the memory of Susan B. Anthony, and the likes, we would cling to Ida B. Wells, and others. We would make their presence known.

Our posters included large pictures of Fannie Lou Hamer, Harriet Tubman, Madame CJ Walker, Ida B Wells, Afeni Shakur, Angela Davis, Assata Shakur, Oprah Winfrey, and Maya Angelou. We understood that this visual would make Black women visible in this movement, as many actually paved the way for such a March to occur. Our visuals forced people to take a second look, and yes, our presence was felt.

It has been nearly a month since the Women’s March shook the world. In this short time, we have seen shifts in our nation that suggest the current spirit of America is as rooted in racism, sexism, and nationalism as it has been at any other time in our history. A segment of the population that believes achievement can only come through oppression is fast at work attempting to reverse centuries of triumph. However, the resistance of the people across demographics is a formidable opponent to this backlash.

After nearly a month, the people are still demanding that “justice for all” be a realized fact and not just lip service. The Women’s March organizers have even announced the next major act of resistance, “A Day Without Women,” scheduled for March 8th. The energy of our current times is refreshing. My hope is more people will awaken to the power they possess, and use their platforms to bring light to our communities and nation. We will have truly overcome when our days are spent celebrating what is good in the world, as opposed to fighting against the injustices that seem to stubbornly stick around generation after generation. In the meantime, I am grateful to live in a nation that welcomes both.