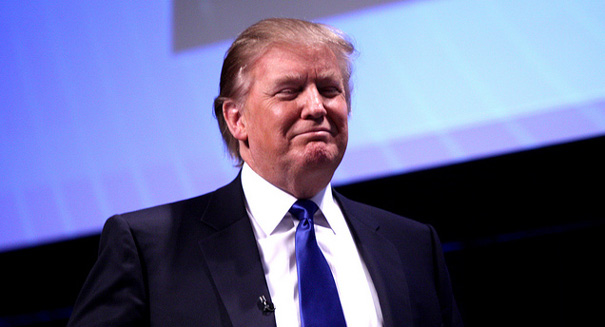 It's time for the Trump administration to admit the Executive Order on immigration was a misstep and move on to something more productive.

As I have written in a previous article, President Donald Trump’s Executive Order temporarily banning immigrants from seven Muslim-majority nations was a complete waste of time because it would do little to prevent actual terrorists from entering the United States.

Now, because it was poorly written and implemented, it is being challenged in multiple lawsuits, and the Ninth Circuit Court has issued a Temporary Restraining Order (TRO) to halt the program, almost at the starting gate.  Of course the Administration immediately appealed the Order, but it was upheld, prompting the President to vow to take the fight all the way to the Supreme Court.

The Donald likes to win, or more so, he hates to lose.  But in this case, the prudent thing to do is to pull back, circle the wagons and mount a new assault.  Even of the Supremes lift the TRO, which is not likely, with the Court knotted along political lines at 4-4, the Order will face endless challenges across the nation, with concerns over constitutionality, as well as Freedom of Religion challenges.

In short, the Government will spend a fortune defending a useless and flawed Executive Order that will not make America any greater or safer.

It’s not that I disagree with the idea behind the order.   Not the part about fulfilling a campaign promise, but the part about extreme vetting being necessary to protect the nation’s citizens from terrorism.  But I believe we should determine what steps are necessary to accomplish that goal before we go off half-cocked and start issuing EO’s that cannot hold up under judicial scrutiny.

Not everyone from one of the seven nations listed in the Order is a terrorist, and there are terrorists in many of the other 188 nations not listed in the EO.  Instead of wasting time flailing at the court system, Trump and his colleagues should be determining the best way to control immigration into the US, and a better way of monitoring those who enter the US and become lost to the authorities.

Last year, the Department of Homeland Security reported that, of the 45 million tourist or business visas that expired in 2015, the agency estimates 416,500 were still in the US in 2016.  The report continues to say that 13,786 were from the Middle East/North Africa region.  Keep in mind these are people with legal visas that were allowed into the country.  Add in those who entered illegally, and the number is probably much higher.  How many may have ties to terrorist activity?  No one knows.

The effort to protect the nation should be focused on making not only the border with Mexico secure, but to improve the legal immigration process, strengthening the visa system that loses track of immigrants when they arrive in the country, and improving vetting of those wanting to come to the US from anywhere.

The President should just take this one for the team, put his ego aside, and actually do what is best for the nation as a whole.  Even his predecessor, President Obama, got his hand slapped occasionally by the courts.  There is no shame in losing a battle, but much can be lost by waging a war that can’t be won.  In older days, we called this “beating a dead horse.”