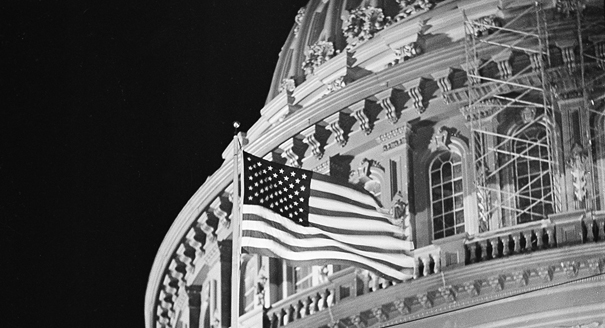 How far have we strayed away from the visions the Founding Fathers had for the government of the United States of America?

I love to read history, particularly about the period surrounding the Revolutionary War and the founding of the United States of America, and each book I read leaves me with a profound admiration of those who participated in the process, on the battlefields of the war, or the halls of government as it was being formed.

I can’t begin to fathom the courage it must have taken to decide to risk all they had, as well as their very lives, to break away from a form of government with which they did not feel was the right thing for the new colonies, but also to challenge the largest super-power in the world at the time to do it.

As daunting as it was to try win independence from Great Britain, possibly even the greater challenge was to form a government that met the needs of the individual states as well as the citizens who remained loyal to the Crown during the war, and to do it within a few short years.  Compound that with the desire to have such a government continue for perpetuity, and those diplomats and patriots must have spent countless hours in meditation and sleepless nights trying to get it right.

And they didn’t get it all right, despite their best efforts.  But what they did get right was to put in place a mechanism to allow future generations to peacefully make corrections and improvements to the form of government, without having a revolution to bring about the changes.

The Founding Fathers were all too familiar with forms of government that did not work for its citizens, that favored the rich and powerful, and allowed for those with position or wealth to trample the ordinary citizens of the day.  They worked hard to provide a way for those with a lower social standing to make their voice heard in government, through the election process.

Make no mistake, the founders were not poor men themselves, for the most part.  They were land owners and upstanding citizens of their respective locations, at least you would call them well-to-do.  But they had a common desire, and that was to do things that may not necessarily benefit them personally, but would be for the best interest of the fledgling nation.

Oh, they all had their own version of what was best for the newly formed United States of America, and there were hard-fought, name-calling brawls over policies and procedures, much as what continues to be seen in today’s government.  In spite of their differences, they still agreed the government should answer to the populace.