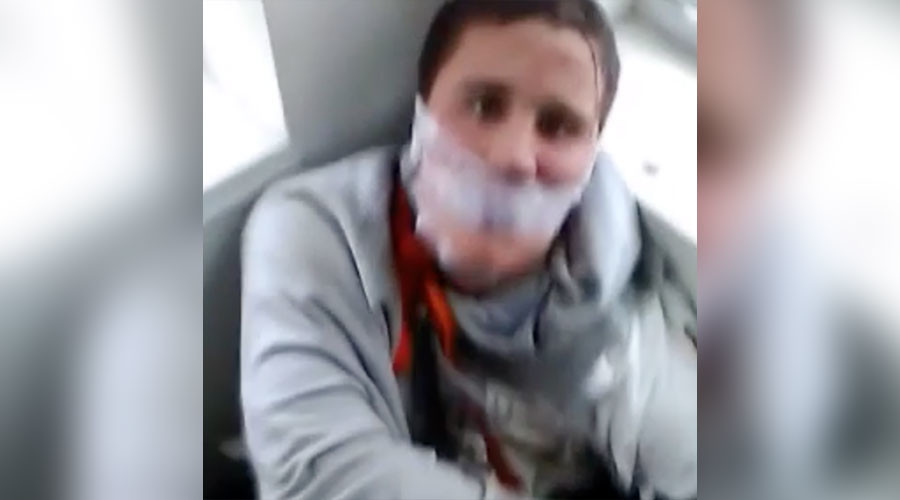 In Chicago four African American thugs kidnapped a mentally challenged Caucasian man and broadcast live over Facebook as they tortured and taunted him. They beat him (tied up and gagged) and cut his scalp to the bone with a knife as they yelled “f Donald Trump” and “f white people”. Later in the video they threaten to kill him if he doesn’t yell f Trump and he complies through his gag as loud as he can. They laugh at him and the girl who is broadcasting live walks around talking about her music and other things as if a white man is not being tortured in the background or maybe as if this is normal to her.

You can see the full video here: https://youtu.be/_DvpC4xxh2g .

It is graphic and not for the faint of heart. Sitting through the video and listening to the ignorance spewed forth by the foul mouth African American thugs gave me a headache though. One would think that the f word was punctuation to a sentence with the frequency that they used it.  But forget that, what they did was sick. There is no other word for it. But the liberal media is not sure it was race related and claims it was not a hate crime.

The poor disabled Caucasian male in the video made it out alive and was found disoriented and traumatized. They were not able to get coherent testimony out of him and he had to be sent to the hospital. Due to tip offs the authorities linked the Facebook video to the man.

There needs to be accountability for this hate crime. Those who committed it should first be charged with a hate crime but also those who perpetuated it should be held accountable. The players in this are Barrack Obama, Joe Biden, Bernie Sanders, Hillary Clinton, Black Lives Matter, Establishment Republicans and the liberal media (CNN, NBC, ABC). These liberals have perpetuated an image of Trump being a racist based off of his stance on illegal immigrants and one quote about “blacks” handling money made two decades ago. I’m sure glad I am not the person I was two decades ago! But the idiots in this video bought the liberal message being broadcast. They are accountable for their actions but at some point so is the media and politicians who choose not to take a stand against the racism toward white people and Trump supporters.

I know some will say that it’s a little far to blame Bernie Sanders but he sits on the left of the aisle and supported Hillary Clinton who claimed Trump was racists while running for President. He had quite the following.  He has not and would not stand up and say “Stop the madness”. This kind of hate and ignorance benefits Clinton and Sanders and helped them in their race toward the White House. But the aftermath is now people legitimately believe that our PEOTUS is racist. And I know how maddening that is because I have felt for some time that Barrack Obama, a half white/half black who claims only his African American heritage, is racist. But it would never drive me to kidnap a man and torture him until he yelled profanities about Obama.