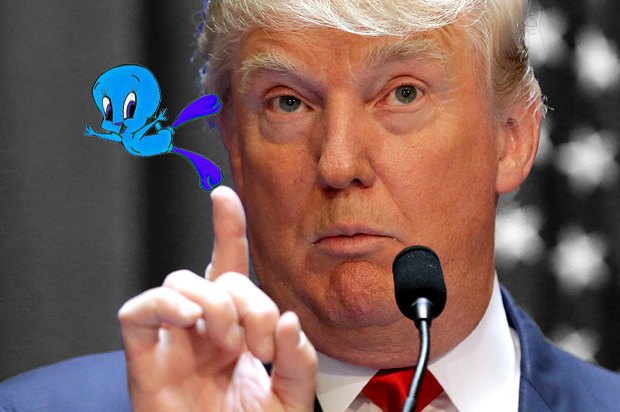 Stop the Press! Donald Trump tweeted  on twitter! And the twits are going out of their minds. Here are the juicy, unbelievable scandalous tweets! (hope you are getting my sarcasm)

The villainous tweets begin with this:

“The resolution being considered at the United Nations Security Council regarding Israel should be vetoed,”

The liberal media believes (or at least wants you to believe) that satanic Trump is undercutting their messianic Obama’s authority by tweeting such things before the transition has been made.

“The United States must greatly strengthen and expand its nuclear capability until such time as the world comes to its senses regarding nukes,”

This is being paraded around by the libs as Trump’s stating that he is ready to start the arms race again with Russia… even though that’s not what he said!

And finally he tweeted this:

“Based on the tremendous cost and cost overruns of the Lockheed Martin F-35, I have asked Boeing to price-out a comparable F-18 Super Hornet!,”

Omg, Trump is jeopardizing the jobs of thousands of people at Lockheed Martin by refusing to pay their over-priced demands and trying to get Boeing to compete with them!

Or maybe, he signed into social media, typed 140 characters and each time he did it you acted like a law had been passed in congress declaring war against the UN, then he single-handedly passed a bill that would begin the Nuclear arms race again with Russia, after that he lost thousands of people their jobs.

Well, chicken-little… where is the end to your hysteria? He isn’t president yet, he hasn’t really done much of anything but pick his cabinet, and his Tweets are just words on a screen… but you have fallen for his trick and it is oh-so amusing to watch you play into his hands every time.

Your goal is to demonize him. To make him look like an enemy to the American people. But every time he writes 140 characters and you freak out acting like the sky is falling, you deify him. By portraying that his tweets are our reality it’s like you are saying he is a god who speaks things into existence.

It shows that you, liberal media, have lost your power and have become a tool of your very enemy. You must bow down to your new god “The Donald” or he will strike you not with a lightning bolt, but with a cute blue bird icon!