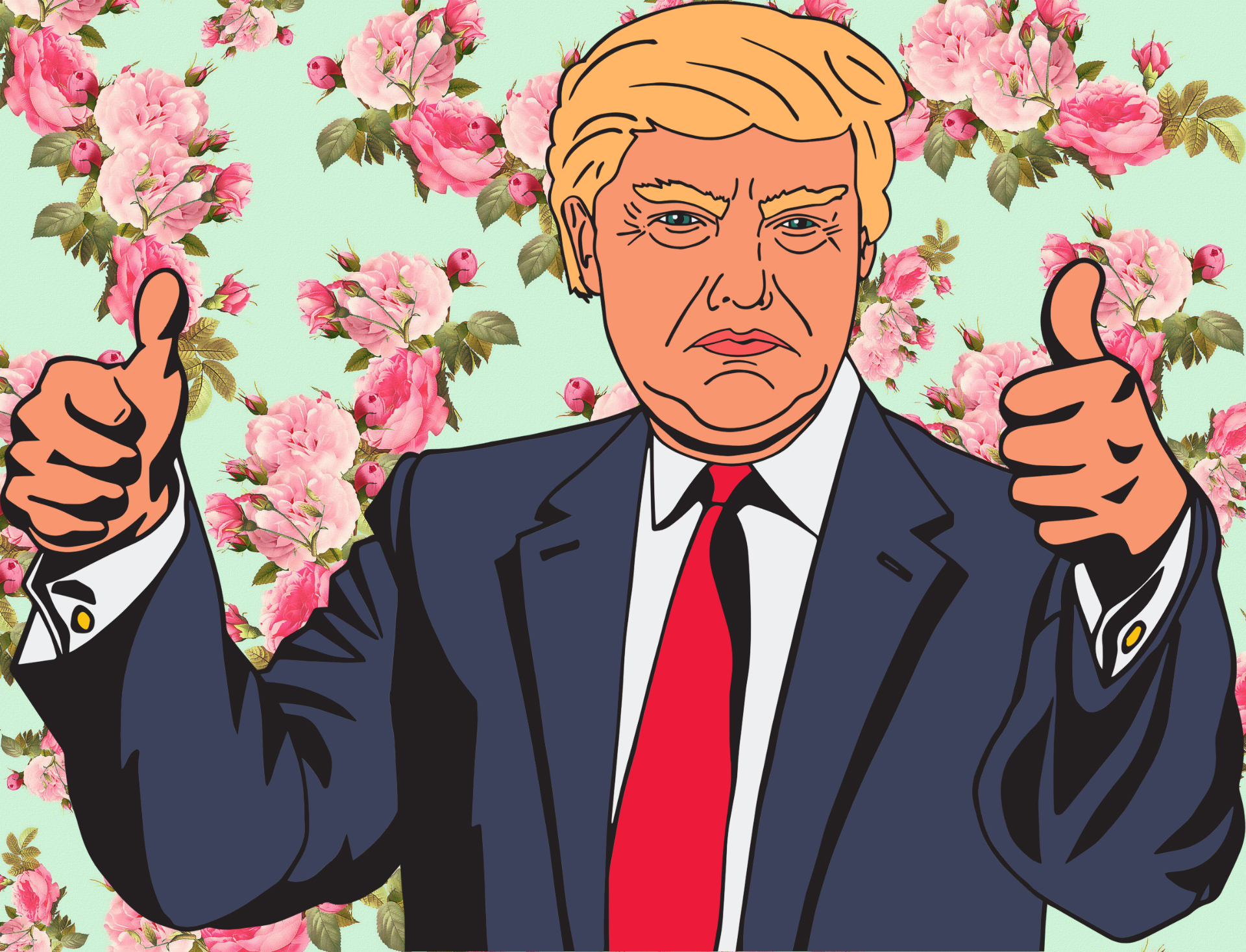 This great how-to guide can help you survive a terrifying future in America.

The future is orange and rubbery, and we’re going to have to deal with it.

Here are just a few things the American woman will have to be concerned with during Donald Trump’s presidency:

But don’t worry! We put together a handy how-to guide to help you not be robbed of your quality of life, get violently assaulted, or be killed during the next four years. Or eight! We voted for him once, we can do it again! Hopefully a third party candidate will steal our hearts and find success. We can only hope.

These tips are not only 100% possible to do, but they will totally make you want to continue living. Check it out!

White women proved their desire to boost their already overinflated white privilege instead of keeping a sexist and racist monster out of the White House. If you’re a woman of color, you might be feeling like the target you’ve had on your back your whole life now has flashing LED lights.

Do your best to be as white as possible during this trying time. It’s hard enough being a white woman in a climate where misogyny has been generally accepted socially long before Donald Trump came along to validate it– but god forbid you’re anything other than white for the next few years. Flip that vanilla switch and you’re good to go.

Every single one of Donald Trump’s cabinet picks are anti-LGBTQ in some form or another. And after expressing his interest in signing the First Amendment Defense Act, a bill that would protect homophobes and make discrimination against LGBTQ people legal if religion is a justification, it may be time to retire the flannel and Ani DiFranco albums. Try to look, act, and smell as heterosexual as possible. Like the hideous animal known as the common mole, homophobes rely on their sense of smell to sniff out their prey– homos.

Even if you’re a woman without a p***y, Donald Trump is still going to try and grab it! Arm yourself with anti-p***y grabbing self-defense knowledge to protect your bits from sexual predators like our president-elect. We’ll be seeing a lot more like him– if our president can grab a p***y anytime he wants, so can predatory men and other strangers! Validation feels great, don’t it?

Rent out your neighbor’s meth lab and start manufacturing your own birth control.

Since we may not have easy or low-cost access to contraceptive health care, it may be time to hit up Chad and rent out his meth lab to manufacture your own synthetic progestin. If you’re not a medical engineer, don’t worry– if you end up exploding, at least you don’t have to live in a dystopian abstinence-only future of subjugation.

If there’s one thing men like Donald Trump hate more than women not being sexually available to them at all times, it’s when we open our mouths and nag. Especially when men have way more important stuff to say. Be cool with men asserting their dominance and self-importance over you via constantly interrupting you. Better yet, do your best to speak as little as possible over the next four years.

Don’t be fat or unattractive by conventional standards.

Rosie O’Donnell’s been here, and it’s a crappy place to be. There’s nothing quite as sobering or depressing as the human equivalent of an uncooked chicken breast calling you a pig on national television.

To live without constant degradation, become as thin, blonde, and Eurocentrically beautiful as possible. Try to model yourself after someone Donald Trump would want to sleep with, like his daughter Ivanka.

On the other hand, being conventionally attractive and thin will make you more of a target for Donald’s p***y-grabbing antics. Consider our final tip as an alternative.

It’s time to condense into a ball of dark matter and explode into a new star system like one which we are all part of– because existing in the United States as anything that remotely resembles femme is going to be hell for the next four to eight years.

[Not all is lost. We can rally together to fight this. Supporting communities of women in the face of adversity can give us hope.]