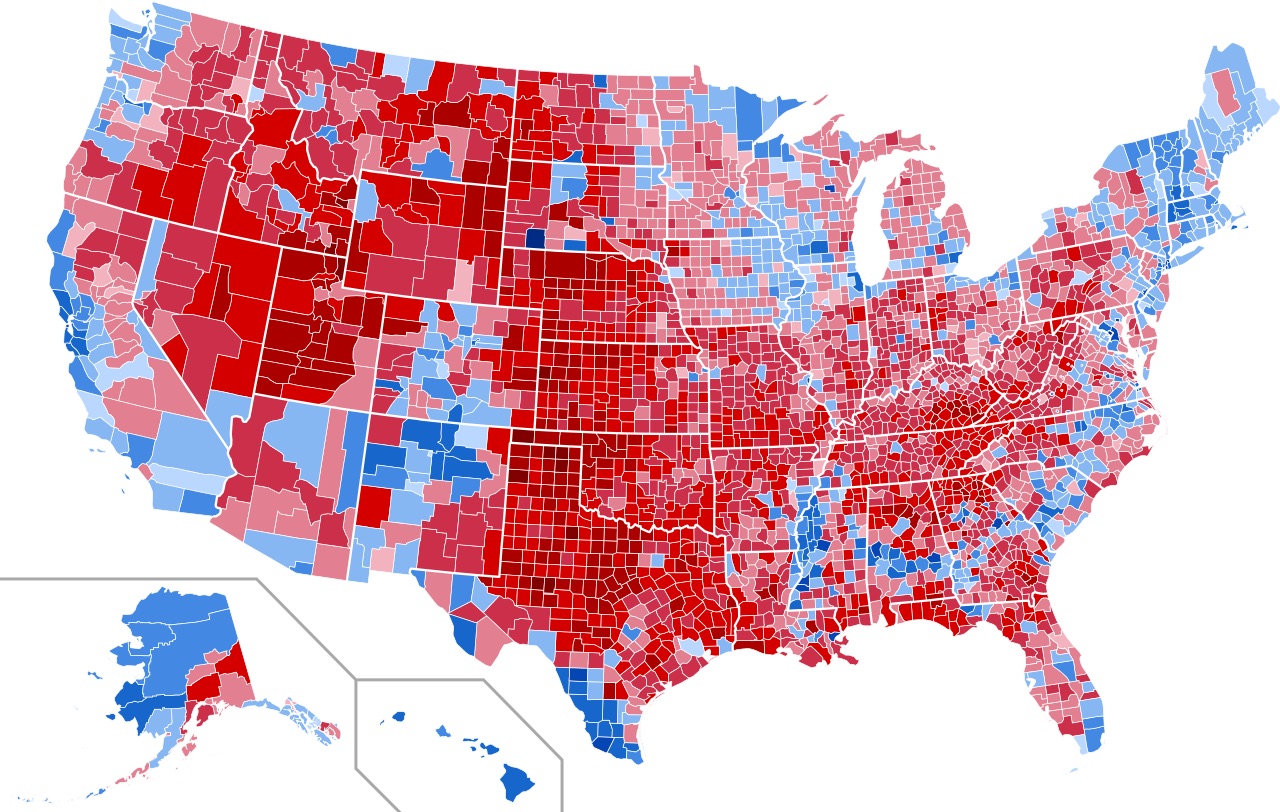 The 2016 map isn't yet available, what will the end results be?

Tim Kaine, in the least conciliatory of the post-election speeches, claimed Hillary won the popular vote:

With 92% of the vote counted, CNN also reports that Clinton is winning the popular vote.

But is that the whole story?

Gary Johnson, running on the Libertarian ticket, received a little over 4 million votes, or approximately 3.23%, while Jill Stein, the Green Party Candidate, received 1.2 Million, closing in on 1%. Evan McMullin received 440,000 votes, and write-ins and others recieved another 670,000.

More than 6.5 million voted against Trump than for him.

Proof positive: More voters were against the 2 major candidates than for them. Not terribly surprising, but neither candidate, as of this count, can claim to have won the popular vote. 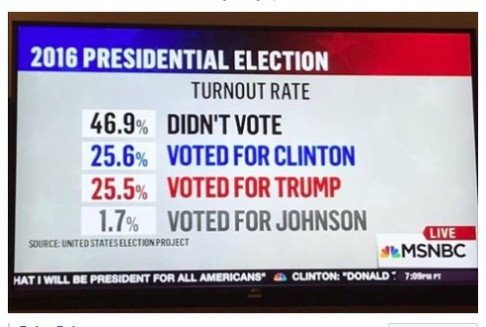