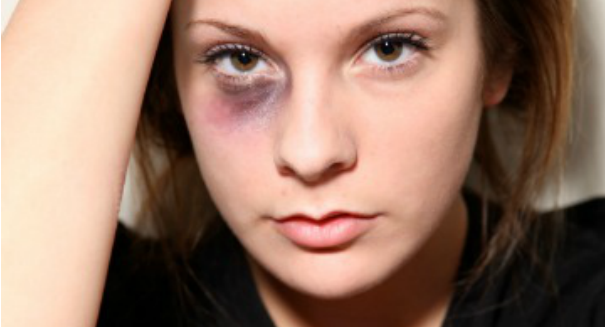 Everyday we are subjected to depictions of violence and subjugation of women, so why haven't we been outraged before now?

Right off the bat, let me state unequivocally that I am in no way condoning or defending the remarks made by Donald Trump and released to the public last Thursday.  I found the remarks offensive and repugnant personally, and I totally agree with the outrage surrounding the quotes.

I have never met Mr. Trump.  From what I have seen of him on television and read about in the print media, I don’t believe he and I would get along well.  But I made that determination well before the last incident, and that type of “locker room talk” certainly did not endear me to the man.

His family and close associates are saying that is not the man Donald Trump is, and the recordings were made eleven years ago in 2005, but there will need to be a lot of convincing done to get me to change my mind, as I suspect is the case for most Americans.

The media and the public are 100% justified in being outraged at the remarks.  Any decent person would be.  But the question begs, why is this more outrageous that what we see in American entertainment every single day?

Rap music has famously over the years done exactly the same thing, and worse, and while some are condemning the lyrics, more are celebrating the successes of rap stars and Grammy winners in the field.  Lyrics speaking of rape, sexual assault and violence against women, demeaning the LGBTQ community, and others are easily found, and even hard to avoid.

Movies and television shows are also full of rape scenes and violence against women, and the most egregious among them are often the top-rated shows.  One of cable’s most viewed series, Game of Thrones, is quite often depicting stories of rape and incest, and one of its leading female characters was even forced to walk completely nude through the village.

Hardly a month passes without a report of sexual violence against women by someone in the sports world, and while hot news for a day or two, doesn’t normally generate the amount of press coverage as did the Trump video.

Even a top-selling novel, 50 Shades of Grey, depicted scenes of rough sex and torture, and even if both parties consented to the acts, most would find them demeaning to women.  But even so, millions of copies were purchased, read, and likely shared with friends.

But, you may answer, none of these participants were a candidate for the office of President of the United States.  I agree wholeheartedly, but I would argue that I haven’t seen a lot of teenage boys wearing Donald Trump hats and tee-shirts.  In fact, most of them, but certainly not all, would not consider Donald Trump, or any former president, as one of their role models.

I do see scores of teenage boys wearing pro athlete’s replica jerseys, and listening to rap music, and attending movies that depict violence, not only against women, but all races and sexes as well.

These are the people they see in their world, not the characters on Fox News or CNN.  Unfortunately, many also see their fathers perpetrate violence against their mothers, or even abandon their wives and families.  These are the events that shape these young men’s attitudes towards women, much more so than Trump’s despicable tirade.

Why aren’t we outraged at this everyday occurrence of disrespect and violent behavior against women?  Why is the media not calling for the heads of film producers, novelists and musicians that embrace and even celebrate such violence?  Why are women and their advocate groups not marching in the streets to protest the depictions of violence against their sex in film and other media?

I can’t answer that question.