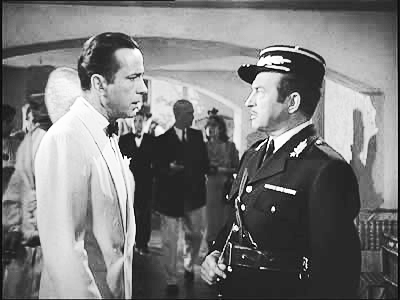 We're shocked -- shocked! That there is gambling going on in here!

The latest October surprise about Trump has his detractors smelling blood and his defenders on their heels.

Trump was caught on mic, essentially saying that when the mood struck him, he’d sexually assault women for his own satisfaction. In other words, what she had was his, and he could take what we wanted. He could get away with it because he was powerful. We’ll assume for the moment it wasn’t typical Trump braggadocio, but that he was telling the truth for a change, that he’s a repeat sexual predator.

But why? Powerful people taking what they want from other people without consent is the basis of all government, and politicians are routinely caught showing their true colors. All it takes is for enough people to support the powerful ones, and to wrap it up in package that it’s good for the supporters to do so. The ends justify the means. To the victors belong the spoils!

Hillary wants to take what she wants with her estate tax proposal. It’s not the riches money. Hillary will grave rob to fund goodies for the mob who supports her. Who is not in favor of free education and more healthcare reform (we’ll get it right eventually, as soon as we’ve taken enough of the evil people’s money and given it to “little guy”)?

Taxation is theft. That the money may or may not be put to good use is irrelevant. The fact is it’s taken without consent. You can raise it voluntarily all you want. That’s the power of consent.

Hillary will take what she wants without consent. So of course did her husband, and when women called him out on it, Hillary did her best to ruin them. Because those women were in the way of what she wanted: power. But in order to make it sound not so bad, we have to wrap in an Orwellian package of benefiting the little guy. Which is why Hillary needs a different public and private position on what she says she wants and what she actually means. In a moment of honesty, she also indicates that all politics is based on this notion.

Hillary also wanted to drone Julian Assange for getting in the way of what she wanted as secretary of state.

On this Columbus Day weekend, we should be reminded how we celebrate the grandest looter of them all, who came with his men, raped, killed, and stole resources.

Exactly the same as other voyagers and colonists of his day. They came to seize what they wanted, for those who funded their campaigns. If the subjects didn’t consent, then of course violence became the appropriate remedy. And if the subjects fought back, the colonists will just bring more people. War! Of course, we have to protect ourselves from the other looters. Carthago delenda est. If you require the states protection, well, the state just requires a little bit of your resources. To fund the armies necessary.

Looting resources, war, and taxation (we’ll just loot a little) is the basis of all governance and has been in all of human kind. At least we’ve gotten over slavery, for the most part, and from an historical perspective, only very recently.

Paradoxically, what is not violent, is the willingness to let people do what they want with their own resources as long as all parties to the deal mutually consent. And no, the mythical Social Contract isn’t consent.

Free trade. Free markets. Outrageous! Greedy capitalists are out to profit! The rich get “tax cuts” (we let them keep some of their own money). Orwellianisms that justify the elite’s use of force to get what they want without consent.

Trump absolutely should be condemned for his behavior. While we at it, we should condemn Hillary and her take-what-assets-she-wants, and for destroying the lives of those who dated accuse her husband’s taking-what-he wanted. And condemn Columbus, who took what he wanted. And King Ferdinand, and Queen Isabella, for rewarding him. And all Kings and Queens who who marched onto someone else’s land and taking what they wanted. And those who stole resources from their own subjects in order to fund their power, looting, and self-aggrandizement. That some give some of their goods to others, promoted trade, or provided protection is irrelevant. The basis of government is theft and violence without explicit consent of everyone all the time (not merely those who supported the candidate in power over the strenuous objection of the opposition and the apathy and acceptance of the non-voters).

Nobel Laureate Friedrich Hayek put it best: “If we wish to preserve a free society, it is essential that we recognize that the desirability of a particular object is not sufficient justification for the use of coercion.”