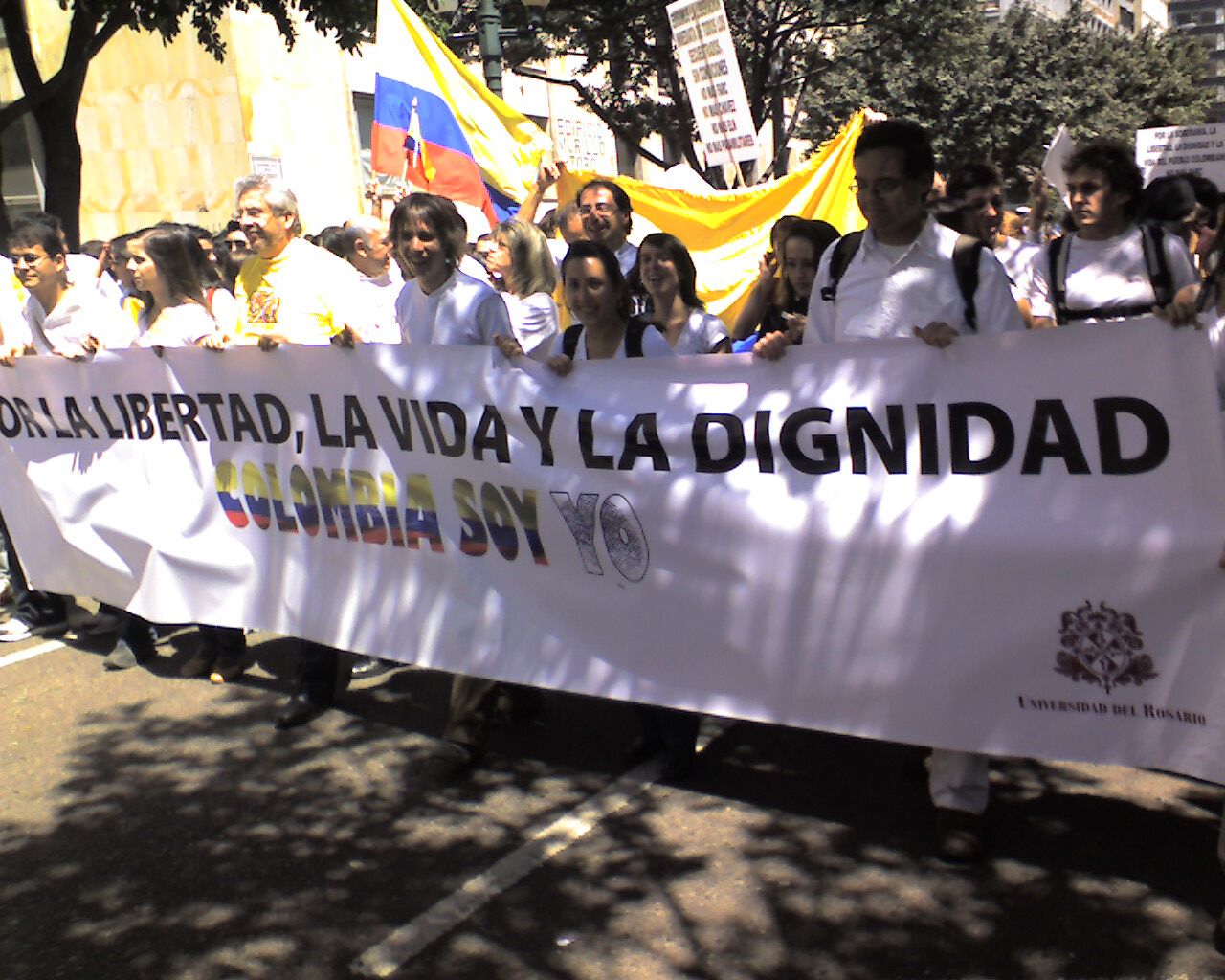 It looked like a done deal. And yet, in a surprising turn of events, Colombians rejected the agreement between their Government and the FARC, an agreement which could have ended 52 years of civil war.

The negotiations between President Juan Manuel Santos and Rodrigo Londoño Echeverri, a.k.a Timoleón Jiménez, a.k.a Timochenko, the political and military leader of the FARC, took four years to be finalized. The terms of the deal were approved unanimously by the International community, from President Obama to the Pope, from the United Nations to the International Monetary Found. Santos and Londoño Echeverri’s names also popped in during the discussion on the future Nobel Prize for Peace.

And yet, less than 40% of Colombians participated in what was considered the most crucial referendum in the country’s recent history, and 50.1% of the voters opposed the deal.

Geography but not only.

By looking at the results, it is clear that Colombia, when it comes to the FARC, is a divided country. The regions of the interior, with the only exception of Bogotá, voted compacted against the deal, while the others predominantly approved the agreement.
It is not only a matter of geography. With the exception of Antioquia, Cundinamarca and Tolima and Caquetá, the regions of the interior had been less exposed to the violence of the guerrilla. Instead, out of the twelve districts on the east coast, nine had been subjected instead to violent and repeated attacks. The memories of the war and its impact on the population represented an incentive there for supporting the agreement.
Also, the central part of Colombia is politically close to Alvaro Uribe, former President and the most prominent advocate for the ‘No.’ Antioquia is one of his strongholds, and so it is Santander: and both areas voted clearly against the agreement, with 62% and 55% of the respective population expressed their disagreement with the deal.

Colombian Brexit?
Geography, history, and political affiliations have played a role in defining the outcome of the referendum. But so has the relentless and passionate campaign that Uribe and his supporters have run. By leveraging on the most painful memories of their fellow citizenships, and on the legitimate fear of complete impunity, they managed to gather a solid support against the deal.
By depicting a future where FARC militants could walk free in the same streets where they killed thousands of civilians, they invoked to people’s feelings of justice almost as much as British “leavers” appealed to an uncertain future of unemployment for their countrymen. And like Nigel Farage spoke of a United Kingdom deprived of its sovereignty by the EU, so Uribe painted a Colombian future with a Government ruled by former FARC militants and molded over the Chavist Venezuela.

And as for Brexit, the winning faction did an excellent job in talking to people that might otherwise be ignored, but nor the “Remainers” or the supporters of the peace agreement are blameless.
Santos and his followers, a constellation of 17 political parties, sinned of excessive confidence. Thinking they had the victory in their pockets, they failed to run an organic campaign able to pair Uribe’s and his Democratic Centre. When Santos and Londoño Echeverri signed the deal to be subjected to the referendum, they did it in a pompous way that left many voters puzzled by their overwhelming self-assurance in the results. And this attitude backfired, as much as the snobbish attitude of the Remainers penalized them in the UK.

The deal can be perfected, too.
Uribe and his party made very clear that voting ‘No’ did not mean voting against peace, but rather against an agreement that might have still room for improvement. Among their complaints, the lack of provisions to forbid former FARC members found guilty of homicides to run for political positions; the supposed leniency of the trials, which would allow those who would fully confess their crimes to walk free. And finally, the absence of actions to seize the assets collected by FARC through their narcotraffic activities.
But Uribe’s position is a political move too. By leading the successful ‘No’ faction, he positioned himself as a future interlocutor for further negotiations, and improved his and his party’s visibility in view of the 2018 Presidential elections. The failure of the agreement has made Santos’ popularity drop to its minimum. Should the President fail in signing a new deal before the end of his mandate, his coalition will not stand a credible chance to succeed for another presidential bid.

What happens now?
The results of the referendum open a future of uncertainty in Colombia. The President cannot overrule the popular decision, and Santos already declared he would initiate a new round of negotiations as soon as possible. Londoño Echeverri has stated he shares Santos’ approach, and that the FARC will not go back to the guerrilla, despite the results. After 52 years of war, it is understandable that the FARC would keep on pursuing a peace agreement, and their position is also strongly influenced by their current weakness. Thanks to the US-financed Plan Colombia, and the fight against them set up by Uribe during his mandate (including the controversial silent support of the Government to the extreme-right paramilitary group Autodefensa Unida de Colombia, responsible for killing several FARC members) the FARC has been hit hard in the last decade. From 20.000 active fighters in 2002, they are now, according to the most recent estimates, not more than 8.000. Their leaders have been killed: Raul Reyes in 2008, Alfonso Cano in 2011, while Manuel Marulanda, who ran the organization in between, died of natural causes.
Acephal, with a reduced support from civilians, the FARC need to extricate themselves from the situation as much as the Government wants to put a full stop to the darkest page of Colombia’s history. But this does not mean that Londoño Echeverri will accept any proposal put on the table. Especially avoiding to serve time in prison is one of the cornerstones of the failed agreement, and it is hard to imagine that he will accept something dramatically different.

If Colombia is not back to square one, it is not that far away from having to re-think the peace deal from scratch. And what will happen in the meantime will depend on the ability of Santos to incorporate additional players, Uribe first of all, in the dialogue, but also on Londoño Echeverri’s capability to keep his fighters under control, to avoid the creation of sacks of guerrilla that would completely nullify the efforts made so far.