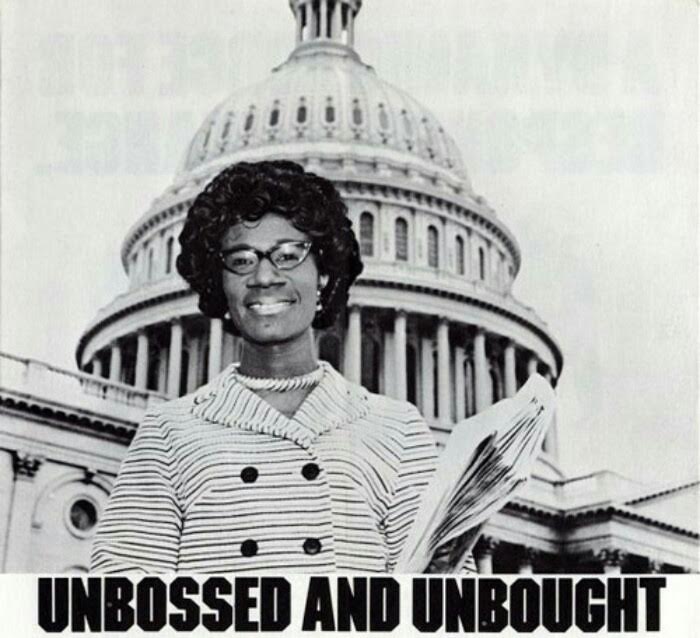 With Election Day 2016 less than 40 days away, the new buzz phrases are "protest vote" and "Who are you voting against?"

“One of the most important rights of American citizens is the franchise—the right to vote.” ~whitehouse.gov

Protest (pro·test \prə-ˈtest, ˈprō-ˌ, prō-ˈ\) verb- to say (something that other people do not agree with or believe) in a forceful way

This week marked the first Presidential debate for this campaign season, and now stumping for candidates has picked up. What has also increased is the use of the term “protest vote.”

With a little more than a month to go before Election Day 2016, the major conversation has shifted from “who are you voting for” and moved towards “who are you voting against.” We have traded examining the candidates’ stances on issues, for besting “the real enemy” with our vote. This 2016 Presidential election season is now officially a game of number crunching and keeping someone out of the Oval Office. Interestingly, both major parties have adopted this tactic. However, the problem with this logic is that either way, we all must live with whom we put in the position of President.

As is often repeated during every election cycle, “people died for you to have the right to vote.”  With this in mind, the current tactic of encouraging people to cast their ballots for a candidate, in an effort to keep another candidate out of office is a huge slap in the face to those brave souls. Voting for a candidate that I disagree with to spite, another candidate I disagree with is not why my ancestors laid down their lives.

We are at a turning point, and turning points require decisiveness and risk. The issues we face today are no worse than those we have faced in the past. And if history has taught us anything, it is that change comes by confronting issues head on. There is no better example of this courageous confrontation than Congresswoman Shirley Chisholm.

Born November 30, 1924 in Brooklyn, New York, Shirley Chisholm became the first African American woman elected to the U.S. House of Representatives in 1968, a founding member of the Congressional Black Caucus in 1969, and the first major party African American candidate to run for a bid at President of the United States in 1972. Chisholm was an outspoken leader that believed electoral politics were a form of revolution. She ran as a Democrat, but challenged “the meaningless platforms and empty promises” of both major parties. During the 1972 Presidential elections, Chisholm’s slogan was “Unbought and Unbossed,” which sums up how she operated as a politician.

With 39 days remaining until Election Day 2016, here are 7 Shirley Chisholm quotes reminding us that every vote is a “protest vote”:

“…rhetoric never won a revolution yet.” 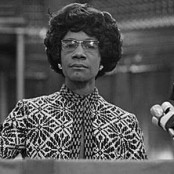 “There is little place in the political scheme of things for an independent, creative personality, or a fighter. Anyone who takes that role must pay a price.” 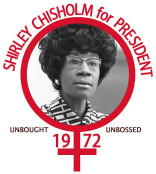 “I was the first American citizen to be elected to Congress in spite of the double drawbacks of being female and having skin darkened by melanin. When you put it that way, it sounds like a foolish reason for fame. In a just and free society it would be foolish. That I am a national figure because I was the first person in 192 years to be at once a congressman, black and a woman proves, I think, that our society is not yet either just or free.” 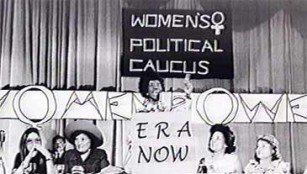 “In this country, everybody is supposed to be able to run for President, but that has never really been true.” 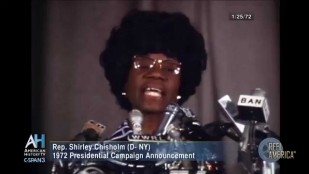 “I don’t measure America by its achievement but by its potential.” 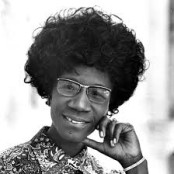 “Women in this country must become revolutionaries. We must refuse to accept the old, the traditional roles and stereotypes.” 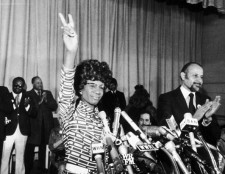