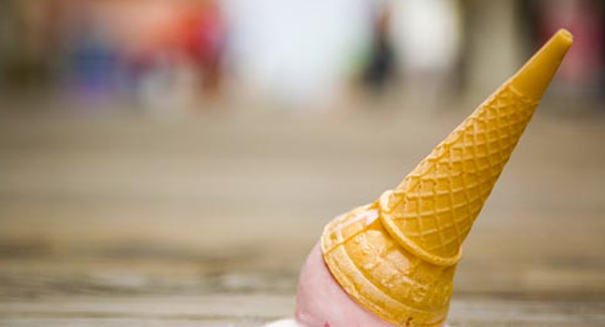 Study looks at how long it takes for dropped food to become contaminated with bacteria.

We have all done it.  Applied the 5-second rule to food that has been dropped onto our own floors, but balk at applying the rule to food spilled in a public setting.  The logic is that our own floors are cleaner than floors in public places, so, instead of wasting the food, we simple ignore the fact that germs may have attached to it faster than we could pick it up.

But a new two-year study from Rutgers University has concluded that no matter how quickly you retrieve the dropped item, at least some bacteria will attach itself to the item.

The shocking takeaway for me from this reporting is that a professor at a respected institution of learning spent two years studying this, but that can be the subject of a different column.

But, surprisingly, this was not the first time the subject had been studied.  Apparently, researchers at Aston University’s School of Life and Health Sciences in England reported on a study that found food that was quickly picked up after being dropped was less likely to contain bacteria when compared to food that was left on the floor for a longer period of time.

To me, that conjures up a scenario in which there are legions of bacteria hiding on my kitchen floor in the corners and underneath the fridge, with only a few scouts patrolling the main floor area, waiting for me to mishandle my afternoon snack.

Then, the scouts descend upon the item on the floor, and begin to determine how long they expect the item to remain.  Upon seeing that I did not rapidly collect the dropped food, the scouts then alert the hiding bacterial colonies, through some yet un-discovered means of bacterial language or other means of communication, causing a mass exodus from the dark corners towards the potential snack.

I guess the hordes of marauding bacteria continue to swoop down on the dropped food until either it has been devoured, or the wife comes home and sweeps up the food, and I suspect the bacterial colony with it, and deposits it into the trash can.

I suppose the bacteria that had not completed the journey to the food will retreat to their respective corners and wait until dinner is ready, hoping for another dropped morsel.

Of course the dog, if he isn’t passed out on the bed, as he is for about 85% of his day, gets first crack at any dropped food, making the 5-second rule irrelevant in most cases.  This is the same dog that can’t hear the UPS delivery man ring the doorbell and knock on the door, but is awakened from REM sleep by the rattling of a piece of aluminum foil.

Meanwhile back to the story.  The findings apparently show that food gets dirty and contaminated with bacteria when you drop it in the floor, and the longer it stays there, the dirtier and more contaminated it gets.  I don’t know why we needed science to prove this, as most people probably already suspected as much, but there you have it.

This should make the decision easier for us, whether to pick it up, blow if off, and continue to eat it, or toss it in the can.  I know it does for me.

My only concern now is if I can get it before the dog does.