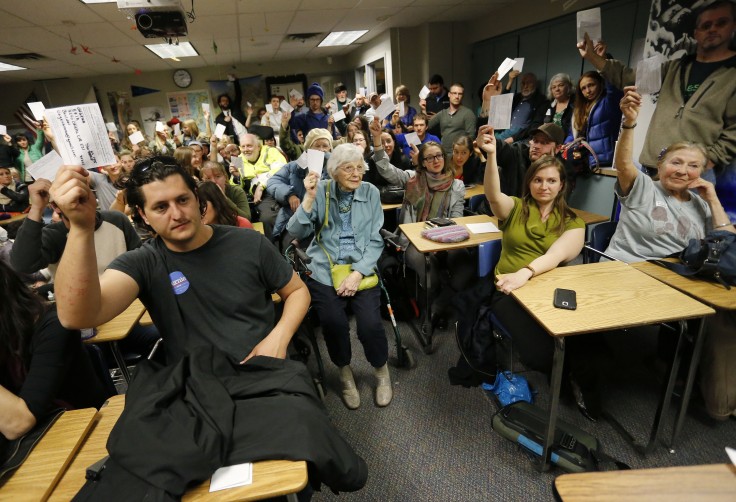 When it comes to controversial candidates, voters don't always tell pollsters the truth.

There’s a theory about the current polling in the 2016 presidential race that’s gained increasing currency in the ranks of the Donald Trump campaign.

The theory is that more voters support Trump than they are willing to tell pollsters.  Why?  Because they fear they might be judged for openly supporting Trump — so they pretend they don’t.  They lie because after all, it’s only a poll.

In a closed voting booth, they can always express their “real” preference, and no one will ever know.

The theory’s not far-fetched.  In polling circles, there’s actually a name for this phenomenon:  “social desirability bias.”  The bias can apply to any sensitive question that a survey respondent might feel embarrassed about answering honesty.

Take, for example, alcohol use.  Survey respondents might not want to admit that they have a drinking problem, so when asked by a telephone interviewer how much they drink, they typically under-report the amount.

In 1982, Los Angeles’ popular Black mayor Tom Bradley ran for governor and was widely expected to win.  Polls leading up to the election showed him ahead by a substantial margin.

No African-American had ever been elected governor, so naturally there were questions about whether race and racism would influence voter choice.   But when pollsters actually queried the voters – in live polls – its influence appeared negligible.

But despite those polls, Bradley still lost the election.  Ever since, some pollsters have employed a different name for social desirability bias – they call it the “Bradley effect.”  And it’s happened again – most famously, in 1989, when African-American Doug Wilder ran for governor in Virginia.

Wilder won, by half a percentage point, becoming the first Black governor since Reconstruction.  But polls on the eve of the election had shown him leading by a solid 4-5 points.  He just squeaked by.

Not everyone agrees that the Bradley effect exists.  In fact, pollsters Ron Lester and Blair Levin, who worked on Bradley’s 1982 campaign, say their candidate lost for other reasons than race.

But Thomas Edsall, one of the deans of American political journalism, says that in the case of Trump, the “Bradley effect”’ exists.  In a little noticed article published in the New York Times last May, he compared the level of support Trump received in polls conducted anonymously online with the results of polls conducted by live telephone interviewers.

Edsall hypothesized that respondents who responded online – a venue that more closely resembles the closed setting of a polling booth — would be more likely to express their “true” preference.

And that’s just what he found.  In fact, the skew was surprisingly large – about 8-9 percentage points.  That’s more than enough to wipe out Hillary Clinton’s current polling lead.  In fact, it could tilt the entire election to Trump.

I admit that I was skeptical of Edsall’s findings, especially because the presidential race has shifted so much since May when he conducted his research.  May was before the two national party conventions and before Trump began alienating key demographic groups, especially white women, with whom he’d previously been competitive.

Had the “uncounted” Trump vote been reduced in the interim?

I re-visited Edsall’s research for the current June-through-August period, using the same poll comparison.  There remained a persistent difference – not 8-9 points, but about 4 points — still sizable and almost certainly enough to swing a close election.

We may never know if there really is a Bradley effect when it comes to Trump.  Once the ballots are cast, there will be no way of testing for it – unless someone decides to re-poll voters comparing online and live survey methods.

But Trump campaign manager Kellyanne Conway insists that the phenomenon is real.  She told a British interviewer last week that the campaign has an “internal study group” devoted to studying it, including the precise demographics involved.  And she’s confident that the Clinton campaign come November, is in for a big surprise.

If so, U.S. elections and polling may never be quite the same.