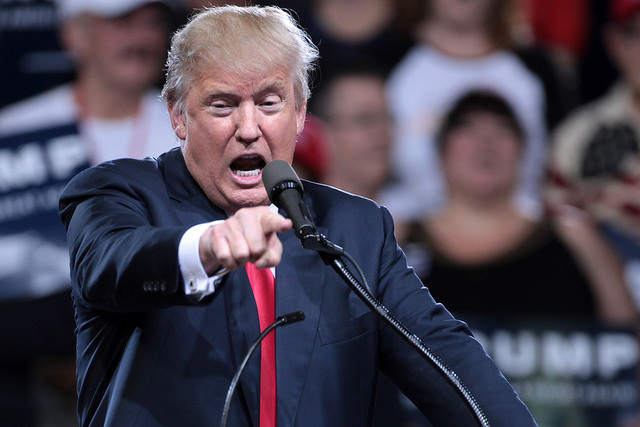 If Donald Trump's "extreme vetting" wasn't dangerous, it would be just ridiculous.

Trump has finally laid down his strategy against terrorism. And among missteps and contradictions, he has presented his “extreme vetting plan”.

In the Cold War we had an ideological screening test. The time is overdue to develop a new screening test for the threats we face today. I call it extreme vetting.

By turning the clock back to the Cold War, he wants prospective immigrants to pass an “ideology test” to ensure they support American values.

But there is so much wrong with his plan.

Unless Trump introduces a lie detector tests for everyone willing to emigrate to the US, the ideology test will be filling in a questionnaire.

Which means that for the system to work, potential immigrants must answer honestly. So, let’s assume I have (as Trump calls it) sympathies toward radical Islam, and I know there is such check in place. When asked about my religious beliefs, no one can stop me from lying and declare myself perfectly in line with the American values.

Or there must be a follow up on everyone’s honesty, which translates in an army of workforce scrutinizing hundreds of thousands of tests. Alternatively, there could be a follow-up only for those who are more likely to disagree with American values. But how to identify them? Maybe by country of origin (which poses already several problems), maybe by surname? Maybe by their look? Even if any of these would work, and they do not, they all border racial profiling, which, at least in theory, is illegal. Unless Trump wants to make it legal again.

What American values? And what about the Republicans? And the Catholics?

Before even finding a way to ensure that immigrants answer honestly to the questionnaire, Trump needs to decide what to include in the test. He mentioned, among the values to be checked, religious freedom, gender equality and gay rights. And here he encounters several problems. The first one, it is his own records. Asked by Fox, in January 2016, if he would appoint justices to overrule same-sex marriages, he replied, “I would strongly consider that, yes”. Then there is the Republican platform, which has been defined as the “most anti-LGBT platform in history”. And yet, the same Republicans who want to make gay conversion therapy legal for minors, are the ones to judge whether an immigrant embraces gay rights or not. But let’s assume, for the sake of speculation, that this is not an issue. There is another knot for Trump to untie: what to do with Catholics? Roman Catholics, for example, firmly oppose gay marriage and consider homosexuality a sin (a mortal one). Now, Trump could use his extreme vetting to stop Mexican, who are fervent Catholics. And he might actually like this. But what about Argentinian, Italians, Spaniards, Peruvians, Brazilians, all the other Catholics in the world? All banned from the US?

The only way out for Trump is to test people based on their country of origin. And this is another mess as his ban based on country illustrates.

What about the French, for example?

Initially, Trump declared he would impose a general ban on Muslims. Now he stated he would ban immigrants from an yet unspecified list of countries. The parameters of this phantomatic list are to be a country where “terrorism is widespread and vetting is poor”. Once again, what is the threshold for widespread and poor? Let’s take France, for instance. 10% of the population is Muslim, and in the last years, France has suffered several terrorist attacks. Does it qualify it as a country with widespread terrorism? French authorities, especially after the Charlie Hebdo massacre, have tried to improve their vetting process. Yet, Nice happened, Rouen happened and Bataclan happened. Does it mean that France has a poor vetting system?

And the same could apply to Germany. Or the UK. Will the US sever its ties with Europe because of the recent outburst of terrorism?

How to radicalize moderates, a guide by Donald Trump

His zero-tolerance strategy is one of the best recruitment tools for terrorists. It isn’t a coincidence that shortly after his first announcement of the ban on Muslims, Trump appeared in an ISIS recruitment video.

But it is also a powerful way of punishing and turning away moderate Muslims, who will be discriminated purely for their religion or origin. Trump’s policy would inevitably lead to additional polarization, and expose the US to even more risks. It would also alienate entire nations. A Philippine lawmaker is already trying to ban Trump from entering the country after he declared Philippine a “terrorist nation”.

You could brush Trump’s proposal off as risible if it wasn’t that it is also dangerous. While it is undeniable that terrorism is an issue to tackle, it cannot be done by using Cold War means in 2016.