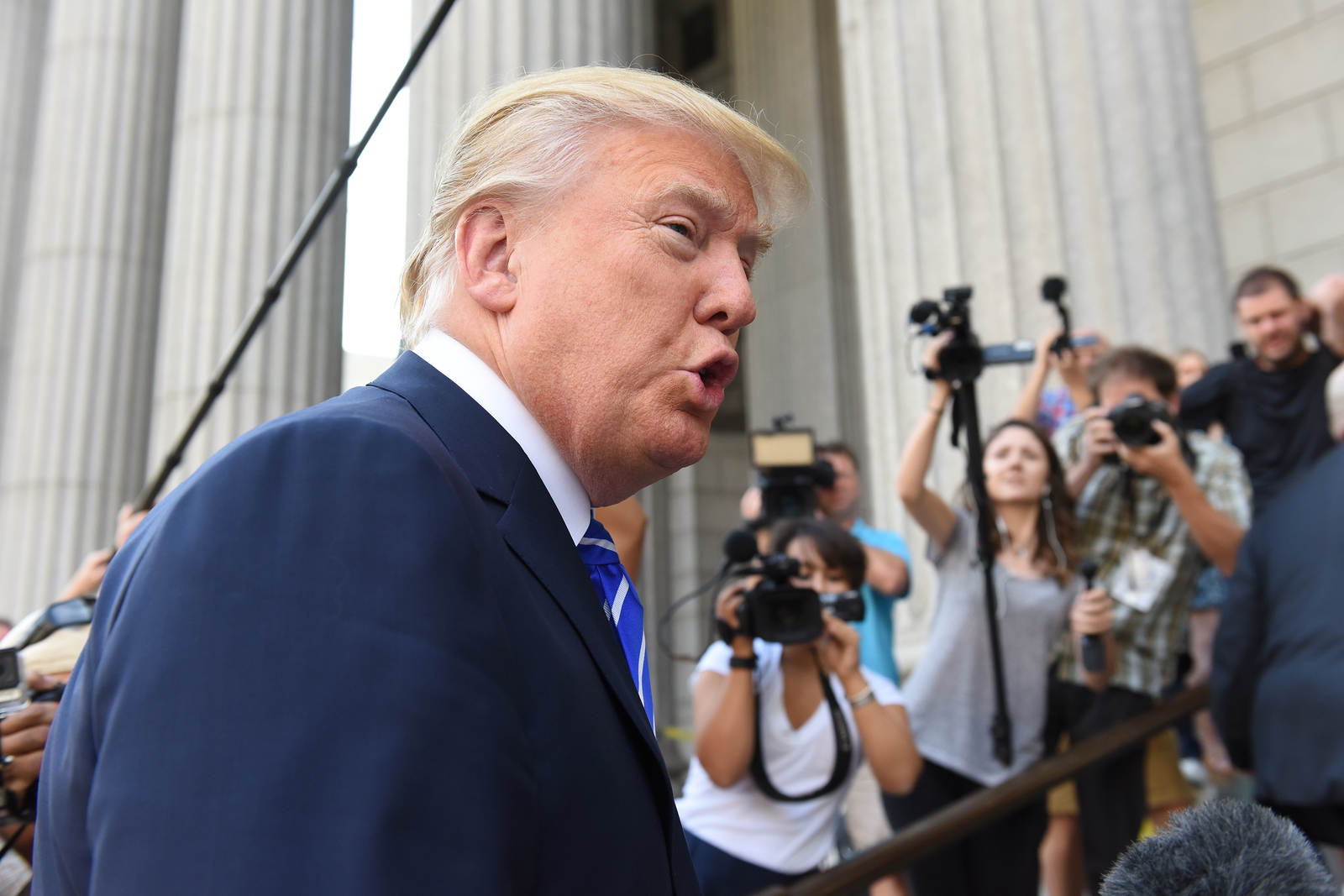 The guy always says what he means, except this time, he needs some help explaining.

The 2016 U.S. Presidential election race has been spectacular – of course, the POTUS race to the white house ought to be spectacular. Interestingly, the race has also been sensational with the personalities and histories of two candidates that emerged from the primaries. We’ve also had our fair share of plagiarism, racy pictures, and missing emails among others.

In case, you have somehow missed the latest sensational news on the U.S. presidential rate, the Internet is already agog with reactions to Donald Trump’s “Second Amendment” speech.  Here’s a quick recap. On Tuesday, in Wilmington, N.C., Donald Trump brought in the issue of appointing Supreme Court Justices into the race. He noted that whoever becomes president could appoint as many as 5 justices in the next four years. The controversial part of the speech was where he said, “Hillary wants to abolish—essentially abolish the Second Amendment. By the way, If she gets to pick her judges, nothing you can do, folks.”…  “Although the Second Amendment people, maybe there is. I don’t know.”

Much ado about Trump

You can obtain a full transcript of the speech here. Many people have surmised that Trump was advocating gun violence on Hillary Clinton but his camp has maintained that he was talking about the “power of unification” with which voters could support him. I think that we can spin Donald Trump’s words in three ways, but given Trump’s penchant for loud-mouthed mischief, it doesn’t take a rocket scientist to know which of the three interpretations is closer to Trump’s intentions.

The first interpretation I can give to Trump’s words is that he was probably instigating the assassination of Hillary Clinton or the Supreme Court Justices that she might appoint. Trump says Hillary wants to abolish the Second Amendment, which gives people the right to bear arms. He went further to say that the abolishment of the second quarter would make people vulnerable and at risk even in their own homes.

Trump’s words that there’s nothing anybody could do to stop Hillary from appointing her judges and abolishing the Second Amendment creates a sense of helplessness. Hence, the follow-up that “Second amendment people” might be able to do something suggests that people with guns should ensure that Hillary doesn’t become president. Of course, he stopped short of asking them to shoot her – but you get the drift.

I can also interpret Trump’s word to mean a tacit encouragement for armed insurrection by a section of the American citizenry. Trump was practically telling gun lovers to prepare to fight (with guns) for their right to bear arms if Hillary should become the president. The issues of guns, right to bear arms, and gun violence is already a highly divisive issue in American political discourse.

Trump didn’t expressly ask people to form militias and band up to resist any attempt to abolish the second amendment. However, Trump is quietly sowing the seeds of discord that might make the U.S. volatile and ungovernable if Hillary ends up as president. I think the fact that Trump was namedropping some NRA execs later in the speech suggests that he has a personal relationship with the most powerful gun-owners association in the U.S.

3. Perhaps, Trump was trying to rally people to his side

Every word out of the mouth of a politician will have a 1) a reason that sounds good and, 2) the real reason. For the sake of objectivity, I want to believe the Trump camp that the words were not meant to instigate an attack on Hillary. Perhaps Trump was trying to rally folks who love the Second Amendment to vote for him in order to ensure that Hillary doesn’t emerge as POTUS.

Trump has a penchant for being misquoted, misinterpreted, and misunderstood. However, the man doesn’t seem to make an effort to speak with clarity. In fact, I think he thrives on the controversy that his words generate.

Here’s a decent imitation of Trump’s freedom of speech

I tell you what; you’ll be able to read in between the lines to differentiate between Donald’s expressions and intentions. I kid you not, Donald Trump is very opinionated about Hillary Clinton, and he has very big opinions, massive opinions. Hey, could you imagine a presidential candidate who won’t be opinionated about their rival.

You need to read what both Hillary Clinton and Donald Trump have reportedly said about each other to know that they have big opinions. I tell you what, the public consciousness is being shaped and whoever found the dirtiest dirt while making the biggest splash in the news might end up choosing the Supreme Court judges who will determine the fate of the second amendment.