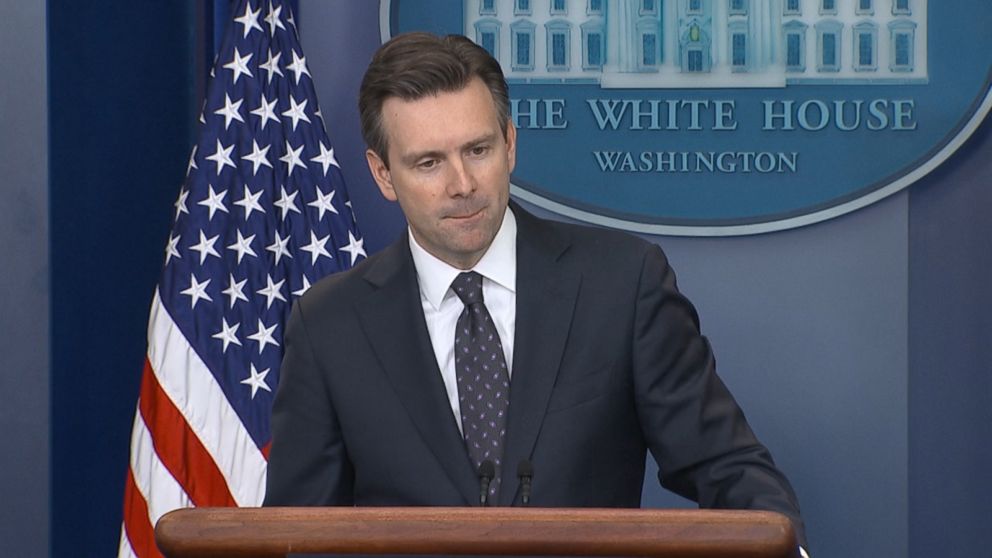 White House Press Secretary has one of the toughest jobs in the nation. Photo: ABC News

The Discovery Channel has a reality show called Dirty Jobs, in which host Mike Rowe travels across the United States in search of the worst jobs a person could have and works with them for a day.  Mike has helped with some of the dirtiest, foul-smelling, and most dangerous jobs ever created, but those jobs are necessary and must be done.  Fortunately for most of us who are rather squeamish about such things and actually prefer to keep them out of sight and mind, there is someone willing to perform these tasks.

I have often wondered why the show hasn’t approached Josh Earnest for filming an episode about a day in his life.  You all know Josh.  He has been the White House Press Secretary for President Obama since May of 2014.

Josh is tasked most days with conducting a press conference to try to convince the press and the public that the latest scancal/embarrassment/attack/statement/misunderstanding/gaffe/legislation (pick one of more depending on the day) was in the best interest of the country and completely in line with the President’s stated goals and objectives, as well as being completely legal and ethical.

Josh has a tough job, particularly when some news organization breaks a story about some secret back-room deal being made, or the administration’s use of Executive Action to circumvent going through Congress to pass legislation.  He is the face the American public sees, standing at the podium, taking questions from the press, and trying to spin a positive message.

The good news for Josh is that most of the press is on his side, and quite often toss softball questions to pass the time.  But if the latest story won’t go away, or if that pesky Fox News reporter gets the mic, Josh must see his political life flash before his eyes.  He has to say the exact right words in the exact correct order every time, and without the use of a teleprompter or a prepared statement to come to his aid.  One mistake and his career could be over.

I have tremendous admiration for Mr. Earnest.  There has to be days when he wakes up and watches the morning news and knows today is going to be hell.  Still, he dutifully responds and takes up his post and mans it with authority.

I will admit he sometimes reminds me of Bagdad Bob, Saddam Husseins’s Gulf War spokesman, who famously declared the invading coalition troops were retreating from the Iraq Republican Guard forces, even as the buildings around him were crumbling, but you have to admire his resolve.  It can’t be easy to defend some of the things he has been tasked to put a shine on in the last two years.

Events like the ransom/non-ransom money paid to Iran at the same time they released hostages.  Everybody but the President and possibly Secretary Kerry thinks it was ransom money, especially on the side that received the cash.  There were some tense moments during the 20 minutes that questions were being asked about the transfer and the timing of the transfer last week, and even the “mainstream” media were suspicious about this deal, adding additional pressure.

But, being the trouper he is, Josh Earnest made it through to fight another day.  I don’t know if there is an award category that fits his job description, but he would certainly be my first choice.

If I were in office, I would absolutely want him on my side.