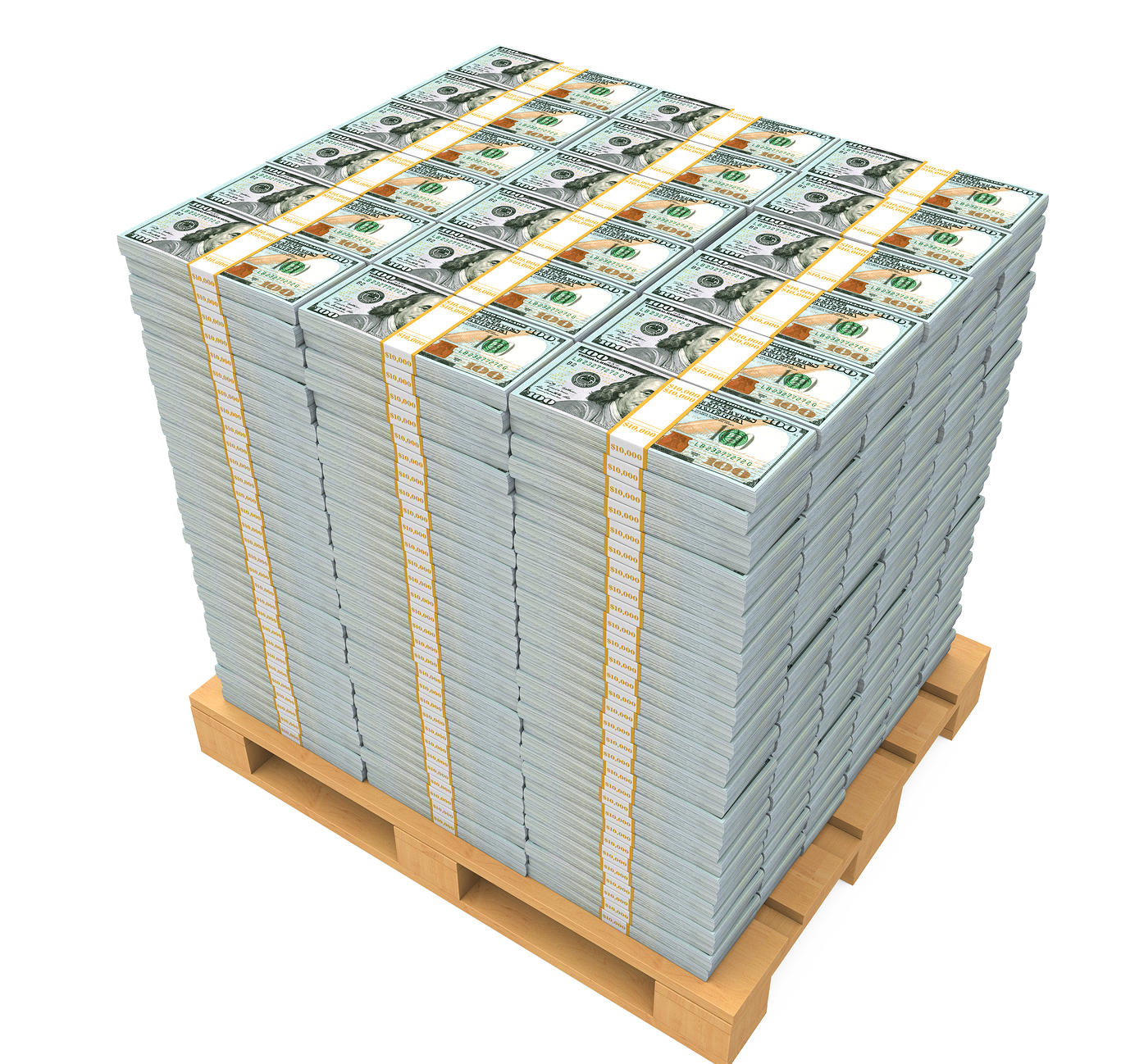 The cash delivery and hostage release was purely coincidental.

One of my all-time favorite lines is from Henry Thoreau: “Some circumstantial evidence is very strong, as when you find a trout in the milk.”

It came to mind this week when the White House and State Department insisted that the charge the U.S. paid a ransom to get back American hostages was purely circumstantial. Sometimes, a $400 million pay-off in laundered money, delivered in the dead of night in an unmarked cargo plane isn’t what it looks like.

January 16 was “Implementation Day” for the nuclear deal between the United States and Iran, in which the state sponsor of terror received sanctions relief possibly worth as much as $150 billion — which would be roughly equivalent to 40 percent of its GDP — in exchange for some guarantees against developing nuclear weapons … for a while. (The merits, and even the nature, of the Iran nuclear deal are hotly disputed, but that’s a topic for another time.)

That same day, the Obama administration announced a prisoner swap between the U.S. and Iran, in which we traded 7 Iranian criminals and removed another 14 from an Interpol “most wanted” list. In exchange, they returned four innocent Americans, illegally held by the Iranian regime. Back then, Secretary of State John Kerry boasted about what a masterful diplomatic breakthrough it was. Those Americans were freed thanks to “the relationships forged and the diplomatic channels unlocked over the course of the nuclear talks,” Kerry preened.

Yes, well maybe. But few things really cement a solid working relationship like $400 million in cash. Kerry failed to mention that part in his press conferences or Congressional testimony. In fact, the Obama administration kept the whole thing a secret.

The White House concedes that it all looks very bad. But it insists this was in no way a ransom payment; the trout got in the milk for perfectly normal reasons. You see, the Iranians were suing for funds deposited with the Pentagon in 1979 for a weapons purchase that was later blocked when the ayatollahs deposed the Shah. The $400 million wasn’t a ransom; it was simply the first installment of a $1.7 billion dollar settlement of that dispute. “We would not, we have not, we will not pay ransom to secure the release of U.S. citizens,” top White House flack Josh Earnest insisted. That the money was delivered to coincide with the release of our hostages is little more than a funny coincidence.

And shame on you for thinking otherwise, Earnest seemed to be saying Wednesday. The $400 million drop-off was actually a great success for smart diplomacy, because it saved taxpayers “potentially billions” more if the arbitration over the matter hadn’t gone our way.

Still, one wonders why, if it was such a laudable and innocent money-saving maneuver, they kept it all secret from the American people.

Here’s one possible reason from the Wall Street Journal expose. “U.S. officials also acknowledge that Iranian negotiators on the prisoner exchange said they wanted the cash to show they had gained something tangible.”

Catch that? The Obama administration did not think the huge pallet of Swiss francs, euros and other currencies dropped off in the dead of night was a ransom payment — they just wanted the Iranians to think it was.

And they bought it! “Taking this much money back was in return for the release of the American spies,” Gen. Mohammad Reza Naghdi, a Revolutionary Guard commander, boasted on Iranian state media.

Sometimes you just have to marvel at the way smart people can talk themselves into stupidity. The whole point of not paying ransoms to terrorists isn’t to save money. The reason we don’t pay kidnappers is that we understand that it will only encourage more kidnapping. So letting the Iranians think the $400 million was a ransom payment is doubly asinine, because it fooled exactly the wrong people, the wrong way. Who cares if the Obama administration “knew” it wasn’t a ransom? What mattered was to make it clear to the Iranians that it wasn’t a ransom, not give them every reason to believe it was.

Now, because of this pas-de-deux of asininity, not only have we given the Iranians untraceable walking-around money to give to its terrorist proxies, we’ve also given them every incentive to kidnap more Americans — which is exactly what they’ve been doing. But at least the folks at the State Department can sleep soundly knowing that they didn’t really pay a ransom — it just looks that way.