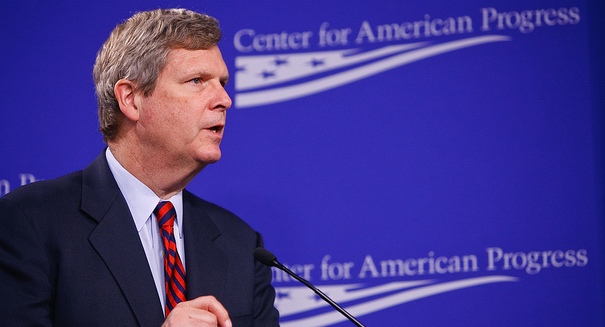 Struggling to match Trump in the "heartland," Hillary may have found her secret weapon

Donald Trump’s choice of Indiana governor Mike Pence as his running mate in 2016 seems to confirm one of the oldest dictums about successful VPs:  First and foremost, they should “do no harm.”  Their selection should not breed conflict or undermine the achievement of party unity.

Second, the VP should be someone the would-be president feels supremely comfortable working with.  With a spotlight-grabber like Trump, that means a subordinate who takes orders and remains loyal – to some, a “lap dog.”  Pence’s role is to extol Trump’s virtues, reinforce his message, and above all, do nothing to upstage him.

Pundits who assumed that Trump would select Newt Gingrich or Chris Christie seem to have forgotten these two dictums.  Both men remain controversial within the GOP establishment — and Gingrich, especially, has the ability to go rogue and overshadow Trump.

In the end, The Donald was unlikely to pick either one.

Hillary faces a similar conundrum with her own VP selection, which could come as soon as Friday.  Much of the media speculation has focused on Virginia senator Tim Kaine and Massachusetts senator Elizabeth Warren.   But, in fact, they are a lot like Gingrich and Christie – divisive internally and potentially too threatening to Clinton.

Warren excites the grassroots base but is opposed by moderate party poo-bahs like former Pennsylvania governor Ed Rendell and New York senator Chuck Schumer who believe her stridency toward Wall Street will alienate the political center as well as key Democratic donors.  And when she appears on stage with Clinton, you start to wonder why Warren’s not the top candidate instead.

Kaine, by contrast, looks like the ideal VP choice.  His restrained temperament and centrist instincts could help woo independents and disaffected Republicans, his supporters say.  But the former Virginia governor and chairman of the Democratic National Committee opposes partial birth abortion and strongly supports parental consent laws.  That makes him anathema to abortion rights advocates, who in the wake of the recent Supreme Court decision on Texas are feeling their oats right now.

So, who’s left?   Just two candidates it seems:  Colorado governor John Hickenlooper and  former Iowa governor (and current agriculture secretary) Tom Vilsack.  Practically no one’s heard of either one – just like Pence.  That’s actually a plus:  No one’s likely to get too agitated about them.  And neither will overshadow Clinton.

Their solid executive experience as governors also makes them effective counterpoints to Pence.  And like Pence, they appeal to the broader more neglected parts of the country – the “American heartland” beyond the Beltway and the orbit of the “Washington establishment.”

Look at the polls. This is fast becoming “Trump country.”  More than anything right now, Hillary needs a VP who can help her contest this terrain.

The Clintons and the Vilsacks go back a long way – to Hillary’s participation in the Senate Watergate investigation forty years ago.  And those ties have continued through the years.   Both Clintons have been instrumental in supporting Vilsack’s ascendance – Hillary through timely fundraising and political support during Vilsack’s gubernatorial campaign and Bill Clinton through brainstorming and mentoring on national policy issues.

Last year, when Clinton needed an Iowa field manager, Vilsack prevailed upon her to hire one of his top aides, Matt Paul, who’s since become one of her most trusted aides.

And there’s more:  Hillary, unlike Trump, has an agenda for agriculture — and farmers, large and small, are desperate for her support.  Net U.S. farm income is forecast to drop to its lowest level since 2002, largely due to a decline in grain prices.  With Vilsack’s help, Clinton launched a major Renew Rural America initiative in Iowa last year, focusing on biofuels and biotech.

With Vilsack on the ticket, influential lobbies like CropAmerica will gladly free up campaign funding and publicity support for Clinton at a time when Trump is surging not only in Iowa but in other key swing states.

Vilsack’s considered a “sleeper” pick, and some Democrats believe Clinton’s still likely to choose Kaine, whose national security chops are impressive, too.  But I’m betting that Clinton views Vilsack as the perfect foil to Pence:  A populist representative of the beleaguered Midwestern family farmer who might somehow help convince Trump-trending voters that she, too, wants to “make America great again.”