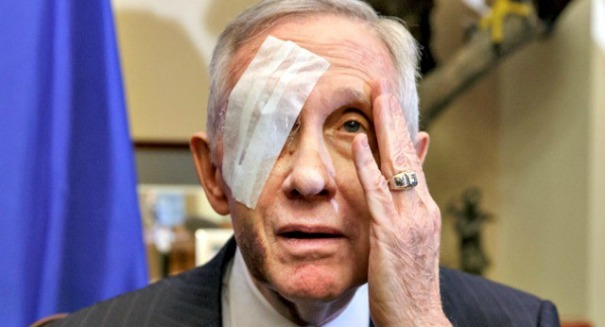 Another Blue-trending state may be up for grabs this November – Nevada — thanks to deep discontent with President Obama’s domestic and foreign policies and a groundswell of support for Donald Trump.

In the latest Monmouth University poll, released last Monday, Clinton led Trump by just 4 points, 45%-41%, well within the survey’s 5-point margin of error.  That’s actually a decline from a previous poll, conducted in late June, in which Trump led Clinton by 2 points.  But it’s closer than a poll conducted last year in which Clinton led Trump by 6 points.

It’s also a huge turnaround from 2008 and 2012, when Nevada went solidly for Barack Obama (by 12 and 7 points, respectively).   Unlike Colorado, which is a “true” battleground state, Nevada was considered “safe” for the Democrats in 2016.  No longer, it seems.

The latest news comes as a spate of other swing state polls show Trump gaining significant ground in Florida — a must-win state for Republicans — as well as in Pennsylvania, a state that Republicans haven’t captured since 1996.  Polls also show tightening races in Wisconsin and Michigan which have tilted Democratic in recent years.

Until recently, demographic trends in Nevada had tended to favor the Democrats.  The state has experienced exponential population growth during the past decade — much if it fueled by a Latino migration wave from California into the hotel and service industry centered in Las Vegas.  Many of these workers lean Democratic, as do the state’s Latino-dominated teachers unions.  This shift coupled with opposition to Republican hard-line policies on immigration helped Democrats re-claim Nevada from the GOP after back-to back-victories by George W. Bush in 2000 and 2004.

But Trump’s recent ascendancy comes against a backdrop of persistent economic troubles in Nevada.  In 2010, the state had the highest unemployment rate in the nation.  Joblessness has eased since then, according to official statistics, but the state’s unemployment still ranks below the national average as well as neighboring California’s.   And Nevada’s once-booming construction industry has failed to rebound, leaving the state ranked as one of America’s five worst economies.

The departure of Nevada’s senior senator and current minority leader, Harry Reid, who’s retiring this year, probably helps Trump, too.  The 78-year old legislator remains enormously unpopular with the electorate and his enthusiastic endorsement of Clinton, which helped her win the Nevada caucuses, probably hurts her in the general election.

In fact, Reid appears to be devoting most of his political efforts to getting his hand-picked successor, Catherine Cortez Masto, a former state assistant attorney general, elected to replace him. But Masto is still struggling in the polls against Republican opponent Joe Heck.   Reid’s political influence – once considered formidable – appears to have waned considerably.

Another factor in Trump’s favor is that he’s unified Republicans in Nevada to a much greater extent than elsewhere.  He won a shockingly large victory last February in the state’s GOP caucuses, the kind of contest that had typically favored his rival Ted Cruz.  Trump captured every single voter demographic, including Hispanics and evangelicals (with whom he continues to struggle elsewhere) and voter turnout surpassed all previous records by a large margin.

The billionaire real estate mogul also has a strong business presence in Nevada, and his pro-business, pro-military message and pugnacious in-your-face style seems to resonate with many Nevadans, including some Democrats.  In the Monmouth poll, Trump’s net favorability rating was the same as Clinton’s, a better Trump showing than elsewhere.  And a whopping 71% of voters said Clinton’s use of a private email server was evidence of “extremely poor judgment,” with 44% calling it “criminal.” As more revelations emerge, Trump could well find his numbers climbing.

Trump’s ability to make Nevada competitive seems to throw a wrench into Democratic plans to try to capture the entire Southwest.  There’s been heady talk of turning Arizona, a GOP diehard state, blue.  But polls still favor Trump in Arizona.  And he’s still running neck-and-neck with Clinton in Colorado – where Obama won twice.   If current trends hold, Nevada could well join the list of Blue-trending states catapulting Trump to the White House.

Update:  The latest Monmouth poll has Trump up by 2 points, a 6-point swing since its last poll in July.  The biggest shift is among independents, who now give Trump a clear 43% to 29% advantage over Clinton.  “The race in Nevada is still tight, but the momentum has swung toward Trump,” says Patrick Murray, director of the independent Monmouth University Polling Institute.