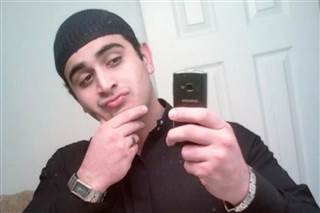 Every interest group has its villain in the shooting, and each seems to want to use this event to vanquish their boogeyman.

Within minutes after the tragedy in Orlando, people began politicizing the event to justify the multiple and various political narratives. With Fox and The Wall Street Journal, and Trump, it was all about Radical Islam and terrorism, and not about guns. With Obama and the left, it was all about gun control, and urging us not to focus on demonizing Muslims. There were even those who wanted to see Dan Patrick’s ill-timed “man reaps what he sows” social media post as homophobia as the cause.

All groups have two things in common: 1) We each choose to see the event in a way that validates our preconceived narratives of how the world works, and 2) There has to be a national government response. Who can possibly keep us safe except for the Feds? Something must be done. It is this premise that keeps the world causing more damage to itself and wondering why.

Certainly we should be outraged and saddened by the hatred and senselessness. But more laws don’t make us safer, less hatred does. Expecting a legal solution to a hatred problem is an illusion of control.

Our response to the shooter’s senselessness is more hatred for our enemies. The shooter wanted to assert his power over his enemies. Political hatred isn’t much different, but it’s done with a faux sense of legitimacy – if the Government uses force against those with whom we disagree, then it’s okay. It’s the other guys who cause all the trouble, and we merely have to force them to stop.

Violence begets violence. People are responding, naturally, in anger to what happened, and lashing out at their political opponents.

Stripping peaceful people of their rights so you can feel safer is an act of violence. Isn’t it violence and hatred and lack of respect for your fellow person that we are rightfully condemning? Why respond with extra anger and hate?

The answer, if unsatisfying, is to stop acting violently. That means a narrative of less hostility towards our perceived enemies, empowering individuals and businesses to protect themselves against the hostile acts of the angry (and not outsourcing it to the government), and not demanding safety be provided using violence against our political adversaries.