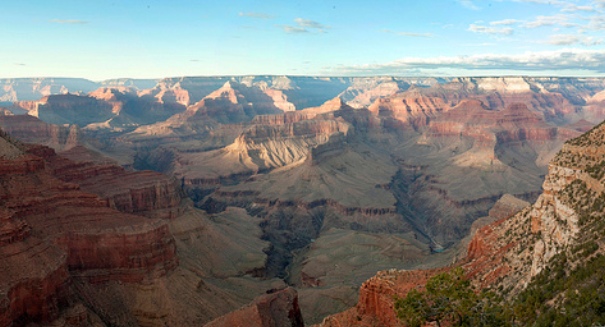 An alarming new study has found that one of our greatest national treasures is under threat.

The Grand Canyon, one of the most iconic features of the United States, is under tremendous threat from mercury.

A new study from scientists at the U.S. Geological Survey that was published in the journal Environmental Toxicity and Chemistry has found that concentrations of mercury and selenium in the “food webs” of the canyon are regularly exceeding safe levels for fish and wildlife, according to a Discovery News report.

Dr. David Walters, the lead author of the study and a USGS research ecologist, said according to the report that managing exposure risks in the Grand Canyon “will be a challenge” as the “sources and transport mechanisms of mercury and selenium extend far beyond Grand Canyon boundaries.”

To come to their conclusions, the research team collected data from a total of six sites that were situated along the Colorado River, the main source of water in the Grand Canyon and the force that carved it out over eons. The scientists found mercury and selenium concentrations that were polluting the water source at levels above what minnows, fish, and invertebrates typically should stay below.

The study also found that mercury concentrations in many of the fish in the study would additionally be unfit for human consumption.

Mercury is the highest potent neurotoxin, and it can be incredibly damaging to the central nervous system for all creatures, from wildlife to human beings. Selenium is also dangerous, causing health problems like hair and tooth loss, or even tumors.

There were some silver linings to the study. The rainbow trout, which is the most common species of fish found in the canyon, had mercury levels that were below federal thresholds. Also, there don’t appear to be high levels of deformities due to the higher mercury levels, as the high levels of selenium appear to protect them. However, it would be harmful to humans to consume both substances.