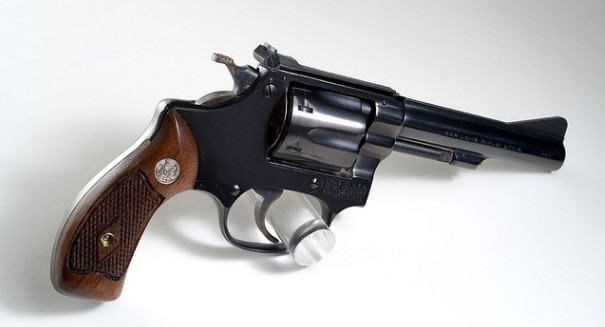 Across the country, gun-wielding members of underground militia movements are turning up to guard military recruiting centers. Although the US government has officially stated that there is no danger at such locations, the armed citizens feel that it is their duty to protect the military personnel inside who are, by directive, not allowed to carry weapons.

“We’re here to serve and protect,” said Clint Janney, a member of the 3 Per cent Irregulars militia, ostentatiously wearing handgun while standing guard across from a recruiting center in Columbus, Ohio. “What the government won’t do, we will do.”

The self-styled guardians have arrived in the wake of last week’s attack in Chattanooga, Tennessee that left four marines and one sailor dead.

“They’re sitting ducks,” said Stewart Rhodes, the president of the Oath Keepers, an organization listed as a Constitution activist group. “They’d be better off if they were walking down the streets of Baghdad, because at least in Baghdad they could move. Here, they’re stationary.”

Military recruiting centers have made no changes to their staffing policies.

Although the FBI is still investigating the Tennessee attack, the current theory is that the shooter, Muhammad Youssef Abdulazeez, acted alone. He is currently classified as being a homegrown violent extremist.

Such an explanation does not satisfy many Americans, including Kimm McLaughlin of Ohio. “They could just go crazy with the shooting. You just don’t know their state of mind,” said Kimm.

Carrying open or concealed weapons (depending on state laws), men and women have set up lawn chairs and coolers at recruiting centers in states ranging from Georgia to Wisconsin to Arizona. Sometimes other citizens come up and thank them for their work. More often passerby simply stare.

As for the military recruiters themselves, the general consensus is that they appreciate the support of local citizens and understand their feelings. However, it would be better to push for properly trained security guards.

“While we greatly appreciate the support of the American public during this tragedy, we ask that citizens do not stand guard at our recruiting offices,” said Capt. Jim Stenger, a U.S. Marine Corps public affairs officer. He hopes the armed civilians will go home soon.