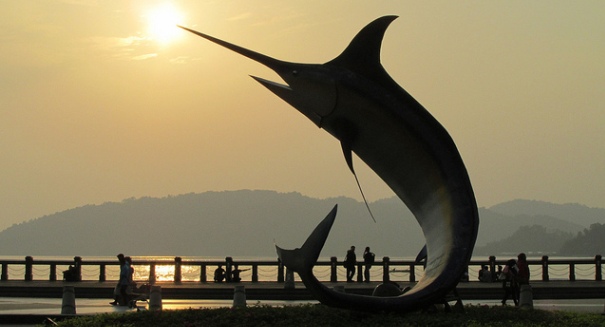 A research team led by scientists at the University of British Columbia speculates on the world’s changing fish supply, according to a report in MMC-news. “All the species and services we get from the ocean will be impacted and everyone, including Canadians, who benefit from these goods and services are vulnerable,” the report quotes William Cheung, associate professor and co-author of the report published in Science.  “The types of fish that we will have on our dinner table will be very different in the future,” said Cheung, co-director of the Nereus Program,  as quoted in ScienceDaily.

The study compares two future speculative scenarios, one  “business as usual” model and one where coordinated policy action results in limiting atmospheric warming by 2 degrees Celsius by 2100, a target set under the 2009 Copenhagen Accord.  The reports do not make clear the likelihood of either climate scenario taking place, nor are there published handicaps on which policies might achieve the more desirable outcome, but nonetheless co-author Rashid Sumalia concludes: “The oceans are closely tied to human systems and we’re putting communities at high risk,” as quoted in the MMC article.

Joanne Nova published a quick retort on her blog: “Our oceans are warming by 0.005° C per year (if you believe a thermometer system with a 0.5C error). But fish which cope with five degrees of natural variation will apparently be devastated by an average rise of five thousands of a degree per year. Who knew?”

In recent years, the politicized battle has blurred the lines between science and politics, as the accuracy of past dire predictions has been called in question.  “Individuals and organizations highly vested in disaster scenarios have relentlessly attacked scientists and others who do not share their beliefs. The attacks have taken a threatening turn”, wrote Richard Lindzen, professor emeritus of atmospheric sciences at MIT in the Wall Street Journal in March.