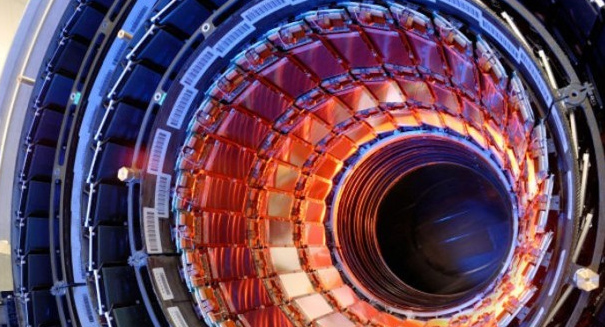 An amazing experiment in the Large Hadron Collider in Switzerland has shattered previous records and challenged our very understanding of the universe.

Physicists at the European Organization for Nuclear Research (CERN) have rebooted the Large Hadron Collider, the world’s biggest particle smasher after 2 years and billions of dollars worth of upgrades and repairs. In its first new test, the Large Hadron Collider has shattered previous records by achieving never-before seen energy levels according to Trinity News Daily.

The protons within the collider, travelling near the speed of light, smashed the previous record by achieving energies of nearly 13 trillion electron-volts. The findings were published in the journal nature earlier this week. The researchers also identified a peculiar decay process involving the particles they smashed together, which are referred to as Bs particles.

Bs is an extremely heavy composite particle comprised of a quark and an antiquark, forming what physicists call a muon.

According to Professor Sheldon Stone, the decay process identified in the record-breaking experiment only occurs in four out of every billion particles. The fact that the research team had a chance to observe the process on one of the first test runs in years is astounding.

Experiments at the Large Hadron Collider are attempting to answer the question of just where all of the matter in the universe came from. The findings may point to flaws in the Standard Model, or the most likely description of the universe’s origin. The Standard Model only addresses matter we can physically observe, leaving dark matter and antimatter completely out of the picture.

The Large Hadron Collider will continue to smash protons against each other at breakneck speeds with the hopes of discovering new particles and forces at play. CERN released images of the first test runs in two years on May 21. The main challenge faced by researchers is finding the optimal position of the super-powerful magnets that direct protons around the 17-mile long corridor. Scientists will continue to fire protons at one another starting as early as this June.