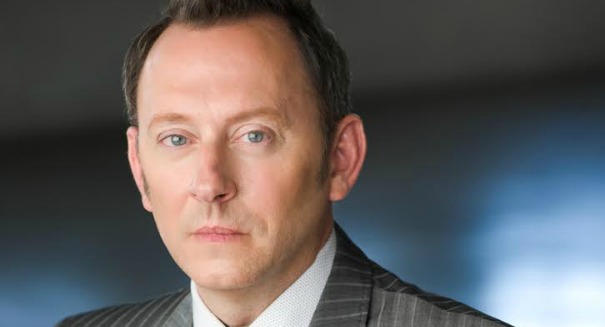 For four seasons, CBS’ Person of Interest has explored the theme of an artificial intelligence, The Machine, overseeing everything that everyone does. Michael Emerson portrays Harold Finch, the creator of The Machine. He recently spoke with the National Monitor.

National Monitor: Congratulations on wrapping up a fourth season of Person of Interest. You are obviously getting solid ratings or else the show wouldn’t have lasted four seasons. Why do you think the show resonates with viewers?

Michael Emerson: I think it’s the smart writing. [Creator] Jonathan Nolan would say it’s the characters. He’s made characters that people care about. You hear the outcry whenever we lose a character. I also think the show has managed to stay unpredictable. We were sort of a ‘crime-of-the-week’ show for a while, but it seemed like Jonathan [Nolan] and Greg [Plageman, executive producer] had another agenda in their back pocket that’s now been moved to the forefront. The show has moved into more of a science fiction thriller realm with two different artificial intelligences. When the show started moving into a more sci-fi realm, at first, I didn’t think it seemed plausible, but the artificial intelligence angle of the show is something that we’re moving toward in real life. Although I’m hoping there’s not a Samaritan [The Machine’s malevolent artificial intelligence nemesis] out there as well.

I’ve always thought that Person of Interest was kind of modeled after The X-Files, in that with X-Files, you had the individual ‘monster’ episodes, yet there was a greater mythology going on as well.

We kind of do that too. I don’t know if there are people who like one type of episode over another. I have people come up to me who say, ‘I watch the show, but it’s confusing me a little bit right now. Are you ever going to go back to the numbers?’ So I’ll say, ‘we’re still kind of doing that, it’s just gotten more complicated.’

Something I like about the show is that everyone is tough in their own way. Your character is like the ultimate computer geek, but you’re not afraid to get your hands dirty. All the female characters are tough. Half the time, the women are saving the men. Everyone has their strengths and all the characters are working together.

Exactly, just without the special effects.

The superhero DNA is woven throughout Person of Interest. Our team is on our own, working against impossible odds. Although we don’t wear capes, everyone has a special ‘power’ to bring to the table. When I watch the show, I think we’re a little more stylized than the average show. It’s not a great leap to think that Person of Interest could be animated as a graphic novel. It’s edgy. It has a particular look.

I’ve never thought about that. I could see that, especially when Root [Amy Acker] is blazing through with her two handguns.

When Shaw [Sarah Shahi] and Root are both blazing away together, while cracking wise, it’s just great entertainment.

There is some great humor in the show. It has a gallows nature, like this is my last wisecrack before I’m dead [laughs].

It’s like when horror movies will throw a random funny line in to break the tension.

It takes some of the edge off.

Our writers are really good at finales. This one ends not on a downbeat note and not with any resolution of any sort, but on a note of exhilarating, desperate danger coupled with camaraderie. What a lot of viewers have longed for is to know the machine better and we finally get to spend more time with The Machine. The Machine becomes even more of a character than it has been up until now. I have to confess that not everyone makes it out of the finale alive.

Do you have any idea of what’s in store for Season Five?

The writers are being very teasingly cryptic. The writers are telling me it’s going to be a finch-o-rama. So I’m asking them, ‘what’s a finch-o-rama?’ Based on what happens in the finale, we will need to spend some time with Mr. Finch. I can’t go much further than that [laughs].

You didn’t start acting professionally until your thirties. Why did you make the switch?

Why did I make the switch from being a magazine illustrator to being an actor?

That’s a good one. I think it’s because acting is what I always wanted to do. I couldn’t figure out how to pursue it as a living when I moved from Iowa to New York City. I eventually found my way to acting and it’s worked out. I guess I’m the poster boy for not being afraid to try something new. Don’t be afraid of starting late. It’s not a race. It’s been an indirect path with a lot of colorful detours along the way.

That’s part of the fun of life.

It is. I wish people would allow themselves more than one career. There may come a time when I’m not as eager to be an actor. I hope I can find something completely different to do in the later years of my life. I could pursue my passion for archeology or something like that.

Not only did you start acting later in life, which I think is cool, you also attended the Professional Actor Training Program MFA program in Alabama as a non-traditional student.

You mentioned that you’ve done well. You’ve won two Emmys for Lost. Most actors would kill to have one, let alone two.

And your wife [Carrie Preston] also has an Emmy [for The Good Wife].

That’s right. She and I both won our first Emmy in the same category [Guest Actor in a Drama] and at the same age. It’s interesting. Maybe I’ve been on Person of Interest for too long, but I see patterns [laughs].

Who knows? Maybe it was designed that way by an artificial intelligence. Or maybe the Emmy voters were trying to be cute.

She only has to wait eight or nine years to win an Emmy in a different category.

Where do you keep your Emmys? Do you keep them side by side somewhere?

One of my Emmys and her Emmy are here in New York with us, and my other one is in Los Angeles. We have a little house in West Hollywood and we have our apartment in New York that we’ve lived in forever.

I live in West Hollywood. We could be neighbors.