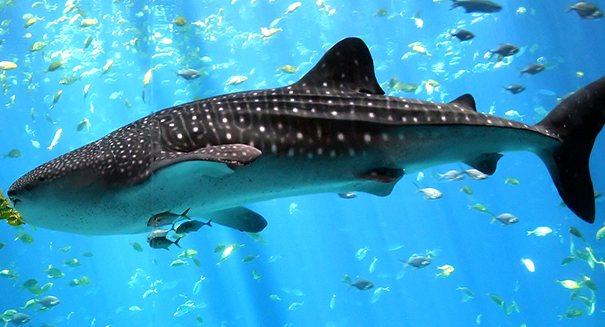 Sea World in San Diego was cited by the state Division of Occupational Safety and Health this week and fined a total of $25,770. The four citations demonstrated a “fundamental misunderstanding of the requirements of safely caring for killer whales.”

Sea World’s spokesman indicated that they plan to appeal the citation that came after an inspection conducted by Cal/OSHA that was prompted by a filed complaint. The dispute between the state agency and Sea World comes during a continued debate about the theme park’s conduct of orcas, spurred by the documentary ‘Blackfish.’

Sea World has launched a campaign to persuade the public into believing that the charges against it in the documentary are not true and that its orcas are happy and healthy.

The citations delivered this week criticize Sea World for supposedly not evaluating and identifying workplace hazards and keeping employees conscious of new hazards. One citation states that employees still ride and swim with the orcas while the animals are in the medical pool and that employees are also present on the “slide outs” used by the orcas. However, Orca keepers are no longer in the large pool located in Shamu Stadium during the shows, which are Sea World’s main attraction.

Sea World San Diego challenged a finding of a Cal/OSHA report which stated that it is “only a matter of time” before a trainer is killed by an orca. The report was distributed immediately after a trainer was pulled to the bottom of the pool at Shamu Stadium.

After the Sea World protest, Cal/OSHA resubmitted the report this time excluding the forecast of a forthcoming death and articulated their regret over “the difficulties it may have caused Sea World.”