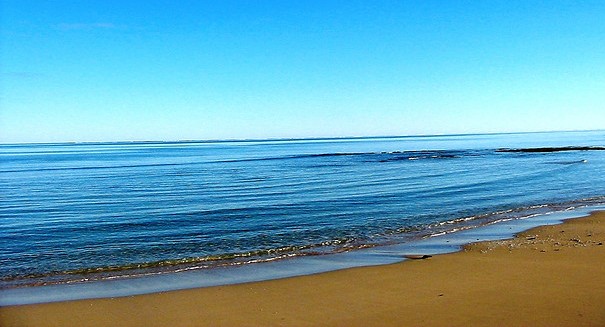 A 60-page report put together by the World Wildlife Fund states that if oceans were a nation, the gross domestic product value would be $24 trillion, sitting in seventh place, just behind that of Great Britain.

According to a 60-page report released April 23 by the World Wildlife Fund (WWF), if the oceans were a nation, the gross domestic product value would be $24 trillion, sitting in seventh place, just behind that of Great Britain.

Online news source Clapway reported on April 23 that in the report, titled “Reviving The Ocean Economy,” stated that, although massive, the figure of $24 trillion is still an underestimate. The  WWF didn’t try including into the ocean’s net worth: the traveling and drilling offshore for gas, oil, and wind energy – or the value of the role the ocean plays in regulating Earth’s climate.

WWF Chief Marco Lambertini stated that although the riches of the oceans rival that of our wealthiest nations, if they were a nation, it would be in the throes of a failed economy because those who take from it do nothing to give back or maintain the oceans’ worth.

The WWF report was created along with the Boston Consulting Group and Queensland University Global Change Institute, and it goes on to say that the oceans today are changing faster than at any other time in the past millions of years.

According to the Clapway news report, the WWF is placing a dollar figure on the ocean’s worth is an attempt to open people’s eyes to the bounty the ocean provides to us and to the fact that we need to do something now to keep that worth from traveling downward beyond repair.

If the oceans continue to warm due to climate change, the coral in the world will all be diminished by 2050. The corals contain many of the most diverse ecosystems on Earth, but are very delicate and subject the temperatures of the ocean.  Half of all coral has already died.