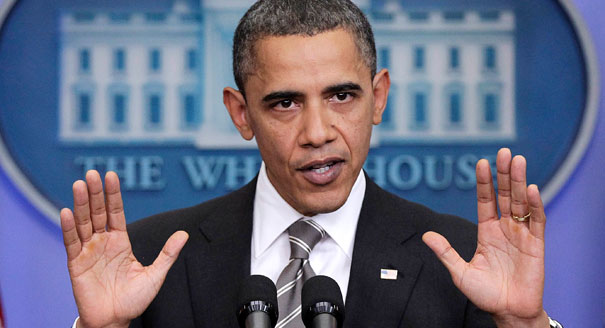 President Obama's visit to the Everglades on Wednesday is his attempt to make global warming more than just an environmental issue, but also a problem that will have real effects for Florida residents as waters rise.

President Barack Obama will visit the Florida Everglades for Earth Day this upcoming week, saying in his weekly radio address on Saturday that there is “not greater threat to our planet than climate change,” according to an Associated Press report.

He will stop by the Everglades on Wednesday to talk about global warming and what it means for the economy, noting that rising sea levels could hammer tourism in South Florida, attempting to draw practical implications from an environmental issue that many people feel far removed from.

The public seems largely skeptical that Obama is taking the right steps to deal with pollution and is sacrificing the economy for nebulous environmental goals, which explains why the president is attempting to make the issue about what it will do to the local economy.

He held in event in Washington about climate change that attempted to link the issue with health problems such as asthma and allergies.

Obama pointed to 14 worldwide record high temperatures in the last 15 years as evidence that the problem is getting very bad very quickly, and if governments don’t take action now, the effects could be catastrophic, according to a NOLA.com report.

He noted that 2014 was the warmest year on record for the planet. And while winter was cold in some parts of the country, the world wasn’t doing much shivering last year.

He warned that droughts like the one in California will only get worse, and storms will grow increasingly violent, and wildfire seasons will get worse. He said that the top scientists in the world agree that climate change is already have real-world effects, and the time has come to deal with it.

Obama has a long fight ahead of him. Besides dealing with a skeptical Republican Party that currently controls both the House and the Senate, legal challenges have been coming in for rules he has attempted to impose on industry, including a rule that would cut carbon emissions by power plants. A three-judge panel from the Court of Appeals for Washington D.C. recently heard arguments on a legal challenge to the rule, which critics say would force coal power planets to shut down and cause energy prices to spike.