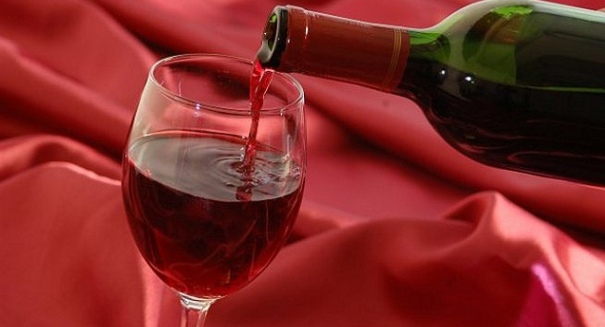 Depression affects more than 26 percent of the U.S. adult population.

New research suggests that drinking a glass of wine a day may lower the risk of depression. This is a significant finding as alcohol consumption worldwide is increasing, and earlier research has demonstrated that heavy drinking is linked to mental health problems. However, very few studies have examined the relationship between mental health and moderate drinking.

“Wine consumption in the range of two to seven drinks/week was significantly associated with lower rates of depression,” wrote the researchers in the study’s “results” section.

Researchers in Spain examined 5,505 high-risk men and women of the PREDIMED Trial for up to seven years. According to the study, these men and women were at first free of depression or a history of depression. The participants also did not have any history of alcohol-related issues. The study group completed a questionnaire on a yearly basis to determine alcohol intake, mental health status and lifestyles.

The primary alcoholic beverage imbibed by the study group was wine. The researchers discovered that participants who imbibed moderate amounts of wine each week were less likely to suffer from depression. The findings remained significant even when the researchers adjusted them for other factors, including smoking, diet and marital status.

After examining the results of their study, the researchers reached the following conclusion: “Moderate consumption of wine may reduce the incidence of depression, while heavy drinkers seem to be at higher risk.”

According to the Centers for Disease Control and Prevention, depression is the most common type of mental illness, impacting more than 26 percent of the U.S. adult population. By the year 2020, experts believe that depression will be the second leading cause of disability throughout the world.

The CDC reports that depressive disorders are linked to the occurrence, successful treatment, and course of many chronic diseases like diabetes, cancer, cardiovascular disease and obesity, as well as many risk behaviors for chronic disease.

The study’s findings are described in greater detail in the open-access journal BMC Medicine.