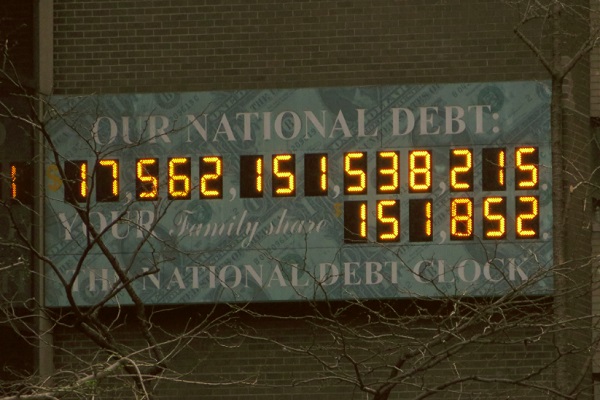 Has medicare and medicaid improved things, or harmed them? Or both?

In an op-ed today, David Sayen, Medicare’s regional administrator for Arizona, California, Nevada, Hawaii and the Pacific Territories, gushes on about how wildly successful the program (which pays him and countless other administrators) has been.  “Fifty years later, no other program has changed the lives of Americans more than Medicare and Medicaid”.  He goes on to list nothing but benefits to the program, and how it has changed people’s lives.  That is one perspective — that it’s all been a no-brainer upside choice.  But as we watch Greece continue to careen in ditch-after-ditch, doesn’t it make one wonder?  Is there a free lunch?

Debt is way up

Our current national Debt is $18.3 Trillion dollars, while our annual GDP is estimated at $17.1 Trillion (GDP includes all government spending).  Medicare spending is the most rapidly growing item in our spending profile, and as the population continues to age, our unfunded liabilities to future medicare recipients is pegged as high as  $27.5 Trillion, depending upon whose assumptions one is to believe.  At what number does the spending scare us enough?  And while current interest rates on that debt aren’t as problematic as in the past, as they rise, interest on the rising debt continues to crowd out other potential spending.  This is the story of Greece and other countries.  Who will bail out the US?

Costs are way up

There should be no question that government interference with the production and consumption of health care has distorted the prices for those goods and services.  According to the Bureau of Labor Statistics, “In 59 of the 73 years from 1936 to 2008, including an unbroken period from 1981 to 2007, the inflation rate for medical care, as measured by the Consumer Price Index, increased more than the rate for all items.”  Why would that be, since we health reform has fixed so much?

The answer is that it’s pitifully easy to spend other people’s money. Where prices are transparent, people make choices with their own money about what is valuable and what is not.  The first question you ask when your mechanic wants to order you a repair is “how much”?  The first question at a doctor’s office is “does insurance cover this”?  And whether your insurance covers or doesn’t is largely dominated by Medicare and Medicaid politics in the last 50 years.   If Medicare covers it, you can get it.  Should you?  Medicare obscures the choices one makes over what to buy.  The results reward those who can supply goods the government thinks one should have, rather than those thinks one would otherwise choose.

So while Sayen wants to applaud how many less uninsured there are, and the increase in peace of mind, has the program helped improved the poverty situation, or has it predominantly delivered more income to the providers?

The price of normal goods goes down when demand for them increases, as innovation takes over.  In unregulated industries, as demand increases, new competitors rush in and drive down prices and increase options.  In computing we continue to get more and more services at lower and lower prices, as innovators shake up the universe of what is possible.

But the price of healthcare is dominated by rules and regulations about what can and cannot be managed.  Every few years, as things continue to break, we get cries for “reform”.  Which lead to how many pages in the federal register?  While people love to complain about big pharma and big insurance, the more regulations we have, the more they are shaped by the major players in the industry, and the less small upstarts can disrupt incumbents.  The incumbents want it that way.