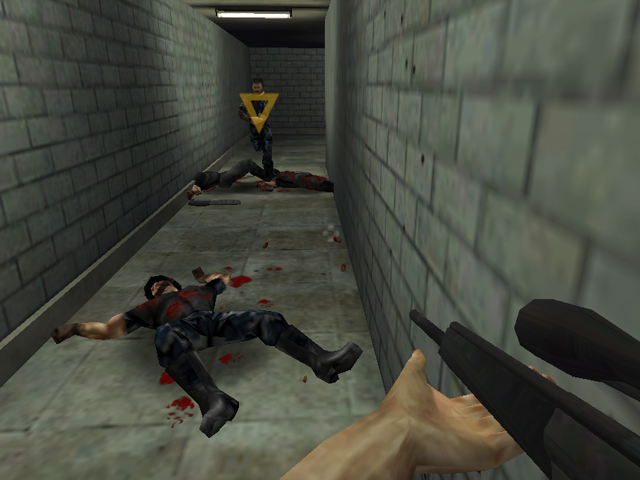 So twelve more sprites were fragged at an office in Virginia Beach this morning, and surely many of us have questions.

Or not.  It’s only twelve this time, not exactly a number high enough to warrant any lingering headlines.  Besides, we wouldn’t want to politicize their deaths.  I mean seriously, what’s more important: the lives of twelve people who were probably going to die at some point anyway or our right as citizens to arm ourselves for the safety and welfare of everyone?

And in lighter news, for all those Libtards out there, this shooter didn’t use the AR-15—that demon scapegoat of weapons.  I mean, if he had, he probably could have racked up a lot more, but then who’s keeping score?  Anyway, this guy had style: a .45 caliber handgun with a suppressor.  How boss is that, huh?  And with this he managed to take out the most targets of any mass shooting in the US over the last six months.  Pretty impressive, no?

He initially got eleven plus some wounded, but then one of them died on the way to the hospital so bonus points there.  It’s that extra yard that makes the difference.

And he went out with style, too, nailing one cop in the bullet-proof vest before getting blasted by the po-po.  I’d have aimed for the head, but then you never know until you’re in that situation.

We still don’t know the name of this shooter yet, but for sure he was black, Muslim, and Mexican.  Who else would?  And this time the shooter goes after a government building, takes out one schmuck in the parking lot and then leaves bodies on every floor.  Talk about sticking it to man— down with the system!

So here’s what I’m thinking: let’s begin with fifty points for each victim killed, another five for each wounded.  Then, if the number of fatalities is ten or more, he gets a thousand bonus points for each number in the tens place.  Children are obviously worth more so let’s add an additional twenty for each underage body, and the shooter should be worth something so let’s give him fifteen for himself.  So, this makes all of 1635 points by my count?  We’ll probably have to amend this as more information comes in.

And you know the blowhard media has to interview the survivors; they have someone saying, “you never think this is going to happen to you.”

Seriously.  There are people out there who believe this.

There are actually people out there who still believe they won’t be in a mass shooting at some point.